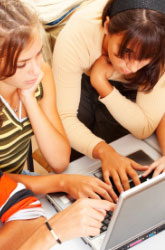 Collect This Article
4.5 based on 6 ratings
by Education.com

It's a fast-paced, ever-changing world out there, and the classroom – and eventually the workplace – will require your child to have the skills and knowledge for a new century. What kinds of skills are needed, and how will we know if the next generation of workers has what it takes to succeed?

New technologies and a global economy require an innovative, flexible workforce. In the 21st-century job market, no matter what field your child undertakes, she must know how to analyze and evaluate multiple sources of information and create new ideas from what she absorbs, says Elena Silva, a senior policy analyst at Education Sector and the author of a recent report, Measuring Skills for the 21st Century.

But what are 21st-century skills? Traditionally referred to as “soft” and “interpersonal” skills, they include critical thinking, collaboration, cross-cultural skills, and technology and media literacy.

“While these aren't new skills, they are essential in ways they weren't in past centuries,” reports Silva. “Most of the simplest jobs are done by computers, which means today's workers need to do more than that – they need to think analytically and creatively so they can make sound judgments about everyday problems.”

Furthermore, understanding a wider context when facing an issue – the ability to answer the question, “What does this all mean?” – is crucial. At the core of 21st-century skills are “what students can do with knowledge rather than the individual units of knowledge they have,” reports Silva.

Tests of the Future?
Most students take multiple-choice tests that assess lower-level skills, like the recollection of facts from short passages, which measure the knowledge of specific information. PISA, an international education survey, assesses a 15-year-old’s performance in problem solving in math and science. It found that American students, while mastering specialized content, have difficulty evaluating what they’ve learned and applying it outside of class.
Proponents of a new type of test, then, cite the College Work and Readiness Assessment (CWRA), used by a handful of schools, like St. Andrews School in Delaware. Its ninth graders faced a single 90-minute “problem,” in which they were asked to solve a pollution crisis, or deal with the influx of immigrant patients at a health clinic. They used online newspaper editorials and research reports, and then articulated their solution in writing.
“They faced the sort of problems that often stump city officials, but rarely show up on standardized tests,” reports Silva. “They were expected to demonstrate proficiency in subjects like reading and math as well as mastery of broader and more sophisticated skills.” While the CWRA isn’t intended to measure individual achievement, it helps assess if schools are, in fact, teaching students to think critically.
The Educational Testing Service, the leading developer of tests like the SAT, has plans to measure 21st-century skills – some called “socio-emotional,” like adaptability and agreeableness. Emergent technologies, too, can assess the development of these skills. The River City Project, for instance, is a video game-like simulation of a 19th-century town riddled with health problems. Middle school science students work in research teams to develop and test hypotheses online and make recommendations based on their findings.
Paul Curtis, the chief academic officer at New Technology Foundation, which works with schools that want to adopt the New Technology High School model in Napa, Calif., says humans learn when they have a "need to know." With the tasks in the CWRA or River City Project, he says, you won’t hear students asking, “Why are we doing this?”
New Assessments, New Problems
Hurdles arise, however, with these new types of assessment. Citizen Schools, an after-school program network, is designed to foster critical thinking, teamwork, and communication, but – pushed to perform under NCLB – it still assesses student performance with traditional reading and math scores.
The costs, too, have slowed the adoption of tests like the CWRA. In 2003, the Government Accounting Office reported that machine-scored, multiple-choice tests in North Carolina cost about 60 cents per test, while a test of multiple-choice and open-ended questions in Massachusetts cost $7. The price to score the CWRA? More than $40 per test!
Another problem is whether 21st-century knowledge can be faked; a student may approach a problem in a way that resembles the mode of thinking that makes her seem analytical, says Silva. Combined with the subjectivity of a human evaluator, this may create inconsistencies in scoring.
What needs to be done, recommends Silva, is improving existing tests and after-school programs – rather than creating more – as well as the dialogue between test developers, policymakers, and researchers. Teachers, as well, must be better prepared and willing to use new methods. Instructors in New Technology schools, favoring project-based learning and smaller classes, gravitate to teachers who embrace technology. Programs like the University of Texas in Austin’s UTeach, the Reach Institute for School Leadership, and High Tech High’s Graduate School of Education prepare teachers to impart 21st-century skills.

A greater danger, warns Silva, is tacking on “21st-century skill” to any future initiative. While there are currently several education reform bills that use the term, it’s vital for educators and parents to understand what it means to gauge whether a new program or assessment test may be effective.

Next Article: Latin Roots: 20 Quick Tricks for Your SAT Tool Belt
We enable strictly necessary cookies to give you the best possible experience on Education.com.Cookie policy