What You Need to Know about Teachers Unions 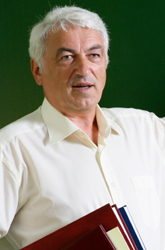 Collect This Article
3.2 based on 49 ratings
by Education.com

Think “union” and you may picture miners crusading for safer working conditions or sweatshop employees fighting for a fair wage. In fact, with over 3.2 million members and a 2006 - 2007 budget of $307 million, the National Education Association (NEA), which represents public school teachers and staff, is the largest labor union in the country. The American Federation of Teachers (AFT), with 1.4 million members and 2007 receipts of more than $196 million, boasts alumnae like Albert Einstein, Hubert Humphrey, and Frank McCourt and runs frequent ads in the New York Times. Part professional association and part union, these organizations are powerful enough to exert a strong influence on our schools and on educational policy – and whether that’s good or bad depends on whom you ask.

On the one hand, both organizations feature mission statements that include advocating not only for members, but also for improving public schools, protecting human rights, and promoting democracy and justice both domestically and abroad. All worthy goals, but detractors wonder what happens when a teacher’s best interests conflict with those of students.

“Teachers’ unions have outsized political power which allows them to advance their agenda without much criticism, even though the agenda is detrimental to students and the education system as a whole,” argues Tim Miller of teachersunionsexposed.com, a site run by the Independent Women’s Forum. “Principals’ hands are usually tied by the union contract which protects the status quo and makes it virtually impossible for the administration to fire incompetent teachers.”

Although the specifics vary by state, teachers who survive a probationary period receive tenure, a form of job security intended to protect them from capricious layoffs. Essentially, to fire a tenured teacher requires proof of gross incompetence or misconduct, a process so expensive and drawn-out that many school districts don’t try. A 2005 Small Newspaper Group study called “The Hidden Costs of Tenure,” for example, found that the average cost to fire a tenured teacher in Illinois was $219,000. Although most teachers support tenure, believing it prevents administrators from replacing them with lower-paid, less-experienced teachers, a 2003 survey by Public Agenda, a non-partisan public research organization, found that 36% of teachers believed tenure made it too difficult for administrators to fire incompetent teachers and quoted union officials who admitted to saving the jobs of “people who shouldn’t be pumping gas.”

On the flip side of this coin, teachers’ unions have consistently opposed merit pay, the proposal to link teacher pay to teacher performance. While supporters argue that better pay for better work is the best way to retain talented teachers, the unions say that merit pay would increase competition among colleagues, provide a disincentive for experienced teachers to mentor newer teachers, and be impossible to apply fairly. Other controversial areas are the unions’ opposition to voucher programs and accusations that the organizations are politically biased.

Because both the AFT and the NEA are in unique positions to influence what happens in our public schools, they continue to draw fire from many who blame them for the woes of the American public school system. Whether you see teachers’ unions as heroic crusaders for the little guy or bureaucratic monoliths committed to a status quo that isn’t working, one thing is certain – they won’t be going away anytime soon.

Next Article: Teachers Forced to Foot School Costs
We enable strictly necessary cookies to give you the best possible experience on Education.com.Cookie policy