Can Adam's Law Keep Predators Away? 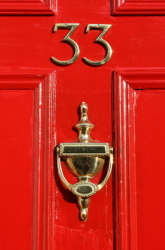 Homebuyers have always done research before buying a house, investigating resale values, school districts, and home prices. Today, many parents are asking another question before making an offer: are any of the neighbors sexual predators? Thanks to Adam’s Law, which replaced Megan’s Law in 2006, the public has access to names, addresses, and photos of sexual offenders around the country – and while some believe this keeps children safe, others believe it’s a disaster waiting to happen.

“All of these laws create a false sense of security for the neighbors, etc and are especially dangerous,” says Joanna Markman, Assistant Professor of Law at Barry’s Andreas School of Law and author of a forthcoming article on mandatory juvenile sex offender registration. “Some individuals believe that, when searching for a home, the sexual offender registry is helpful in determining the appropriate neighborhood. My opinion is that all neighborhoods contain sexual predators, whether caught or not, and the need to oversee your children is more important than proximity to an individual listed on the registry.”

After all, Adam Walsh, who inspired the Adam Walsh Child Protection and Safety Act, wasn’t kidnapped from his house; he was abducted from a Florida mall while his mother shopped nearby. 25 years after his death, George Bush signed the Act into law, increasing the penalties for crimes against children, helping local law enforcement agencies fight the online sexual exploitation of children, and streamlining the National Sex Offender Registry so that sex offenders don’t fall through the cracks as they move from state to state. At the time of its passage, an estimated 100,000 of the 500,000 convicted sex offenders who should have been in the database were “whereabouts unknown.”

While no one likes the idea of living next to a convicted sexual offender, critics charge that the database unfairly penalizes people convicted of relatively minor crimes. In some states, an 18-year-old convicted of having consensual sex with his 15-year-old girlfriend could end up in the database for life. Marsha Freeman, Associate Professor of Law at Barry University School of Law and member of the Florida Supreme Court Advisory Committee for Children and Families, advises, “Parents should try to find out what kind of crime was committed. There is a vast difference between a sexual predator who may have committed child rape and a sex offender who may have had sex with his girlfriend when both were teens.”

Unfortunately, many researchers don’t believe that pedophiles can be rehabilitated, so it makes sense to be extraordinarily cautious around known offenders. Equally unfortunate, however, is the reality that there are numerous offenders who have not been caught. For better or worse, even convicted criminals, once freed, are free to move from one house to another, so the neighborhood that checks out as “predator free” on the database could change tomorrow. And crime isn’t the only danger children face.

The National Sex Offender Database is a tool that can be used to help keep children safe, but it is only one piece of the puzzle. Ultimately, as Markman says, “parents must be diligent about where their kids are at all times.”