Log in with different email
For more assistance contact customer service
Parenting and Families
Parenting
Are You a Helicopter Parent?

Are You a Helicopter Parent? 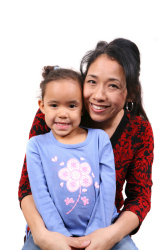 Suzan French is the single mother of two daughters, ages 18 and 11. She doesn’t deny that she’s always been extremely involved in their lives. “I asked about her day and schoolwork, made sure homework was completed and volunteered for as many school and athletic events as possible.” When her older daughter turned 14, she began to resent her mother’s hovering. “We disagreed and fought about everything until finally, during an emotional heart to heart, she was able to make me see that it was time for me to start letting her go.”

It may be a refusal to let go that defines the helicopter parent more than the initial urge to smother. After all, it’s healthy for a parent to want to protect a child. What’s not, many experts warn, is the modern tendency to stay over-involved in even an older child’s life, stifling fledgling bids for independence and autonomy. “The problem with helicopter parenting is that it robs the child of the opportunity to think for themselves,” says Angie Milhous, Founder of Inside Out Parenting. “They also never learn that they are capable of doing things on their own. When parents constantly fix the mistakes of the child, the child isn’t given the opportunity to learn.”

In fact, the 2007 National Survey of Student Engagement, a college survey, reports that college students with helicopter parents actually have lower grades than other students. Contrary to expectation, though, these students report being more satisfied with their college experience than their counterparts. They’re more likely to conduct independent research, meet with professors outside class, and tackle “intensive writing exercises” than their peers. (The study defined helicopter parents as parents who stayed in close contact with their college-aged children and “intervened frequently on their behalf.”)

So, does the research indicate that you never have to cut the cord? Not so fast. “Kids of parents who are more involved do better academically, are happier, have fewer behavioral problems, etc,” says Wendy Grolnick, Ph.D, Professor of Psychology at Clark University and author of the forthcoming Pressured Parents, Stressed-Out Kids: Dealing With Competition While Raising a Successful Child. “However, it is not high levels of involvement that are problematic – it is how the parents are involved. Parents can be involved in a way that supports the autonomy of their children or in a way that controls autonomy. Supporting autonomy means taking children’s perspectives, giving them choices, helping them to solve their own problems. But don’t insert yourself into issues without asking (or) solve problems for your child.”

“Becoming independent requires a lot of responsibility on the part of teens,” says Susan Kuczmarski, Ed.D, author of The Sacred Flight of the Teenager: A Parent’s Guide to Stepping Back and Letting Go. “Sometimes we can help most by doing very little.” In other words, helicopter parents, it’s time to stop hovering and let your child soar.