Using Books to Dive Into History 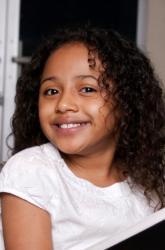 Parents and educators all across the nation are doing things a little differently when it comes to teaching history. Forget the dusty history textbook and the tired lectures about how it was “back then.” Picture books, novels, biographies, and more are being used as springboards to dive into history, bringing the past to life like never before.

Picture books remain one of those sources, even in the intermediate classroom. Reading a picture book aloud, Kristo says, will help older students visualize the time period about which they are learning. That visualization may be all it takes to pique a student's interest in a historical event. From there, it's easy to segue from picture books into historical fiction and, then, to biography and other works of non-fiction.

Finding these books, however, can sometimes be a challenge. One place to locate quality books is through the National Council for the Social Studies. In conjunction with the Children's Book Council the NCSS creates an annual list of outstanding books in social studies called Notable Social Studies Trade Books for Young People. The list, which includes everything from non-fiction to poetry, is published every May.

Dr. Kristo  has one caution –it's important to help students make the distinction between fiction and non-fiction, especially since some historical fiction, like the Dear America series, are designed to look like non-fiction.  "It's like any of us telling a good story--there's a kernel of truth in it, but the rest of it is fiction," she says. But, it's that kernel of truth from which your child's interest in history can grow.

Next Article: Spooktacular Reads for Tweens and Teens
We enable strictly necessary cookies to give you the best possible experience on Education.com.Cookie policy