Log in with different email
For more assistance contact customer service
School and Academics
Books for Early Elementary
Get Set for School With These Kindergarten Books!

Get Set for School With These Kindergarten Books! 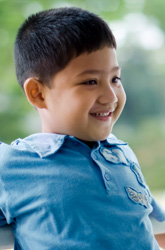 Kindergarten is a big transition. And it can be hard, especially in the beginning. Getting a child geared up for kindergarten before they cross the threshold paves the way for a successful year. But how can you do it, especially when your own heart is pounding in your chest?

The first step is to understand exactly what your child is nervous about, so you can address it. "All children have some anxiety about beginning anything new, whether kindergarten or junior high school," says Mark L. Goldstein, Ph.D., an adjunct professor at Roosevelt University who works with children, parents, and schools in Illinois. "They are fearful of the unknown, of change, a new teacher, who will be in their class, of making new friends and fitting in, of the "work," of increased expectations (often communicated by parents), of a longer school day, and of being seperated from parents."

That's a lot for a little kid to handle. And talking about it can help, Goldstein says. But how fearful children are depends on a combination of factors. For example, children who've attended preschool five days per week and are going into a half-day kindergarten have less of an adjustment, while children who've attended just two or three half-days per week, or not at all, and are jumping to five full-days of kindergarten have a big change on their plate.

Children with older siblings have heard about kindergarten from their brothers or sisters and have a better idea of what to expect. And their parents have already been through the process with a child, so they have less anxiety about it. "Kids often pick up on cues-- for anxiety or for positive anticipation--from their parents," says Cathleen Rea, Ph.D, a clinical child psychologist with an independent practice in Newport News Virginia. "Kids are phenomenal barometers for their parents' moodstates," she says.

Regardless of whether kindergarten is old hat for your family, or new terrain, here are five ways to make the transition easier for your little learner:

Keep It Positive: It's natural to be nervous about who your child will get as a teacher, whether he'll make friends, and how you'll manage the adjustment. But when it comes to talking with, or in front of kids, keep your eye on a glass half full. How your child approaches this new experience depends a lot on how you present it. "Any effort by parents to talk up the positives about this new experience, to associate it with the wonders and greatness of growing older and smarter, to help your child know where you will be and what you will be doing during the day, and perhaps to plan a special activity for when your child gets home, will help with the positive association with kindergarten," Rea says.

Read Away the Anxiety: One of the best ways to prepare a child for kindergarten is to read books about other children who are dealing with the exact same fears. Reading is a great way to show, not tell, children that everything is going to be all right. It allows parents to present dress-rehearsal for school, but also to introduce kids to role models that show the possible bumps in the road, and how to deal with them. Where to begin? Whether your child is worried about making friends, or where she'll eat lunch, Cheryl Coon, author of Books to Grow With (Lutra Press, 2004) has four favorites to pave the way to kindergarten:

Crack open one of these titles, or ask the local librarian for more suggestions. And roll a few kindergarten prep books into your reading routine at least a week before school begins.

Don't Just Read, Talk!: Books can serve as a great jumping off point for discussion, so make sure that in addition to reading, you're talking, too. Parents and older siblings should "share their experiences about beginning kindergarten, their fears when they were that age and how they handled their anxiety," Goldstein says. Don't forget to remind your child how he handled other new situations and how well he managed them.

Take School for a Trial Run: Get your kid adjusted to waking up at the appropriate time-- and don't wait until the morning before school to do it! Practice laying clothes out the night before. Walk to the schoolyard ahead of time and see how long it takes you, or point out the school bus stop. Introduce the new routine, or at least elements from it, before school begins.  "A visit to the classroom, meeting the new teacher, understanding the schedule-- these are not just conveniences for the kids!" Rea says, "These rituals can go a long way to reassure parents about the safety and well-being of their children during the school day, and the benefits of that reassurance trickle down, literally, to their kids."

Keep Your Cool! As hard as it is, be sure to keep your own anxiety in check. Yes, your little baby is growing up. And yes, you may have some bad memories of your own trials and tribulations in the sandbox, but your child is looking to you for cues. "Parents need to instill confidence in their child and manage their own anxiety, so as not to communicate their own fears," Goldstein says.

In other words, you can cry with the other moms and dads in the parking lot, after your child has gone through the door. But until then, keep your head up. Your kid will be watching!

Next Article: 50 Books Your Child Should Read Before Kindergarten
We enable strictly necessary cookies to give you the best possible experience on Education.com.Cookie policy