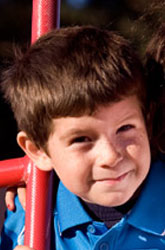 For many adults, the concept of limited or no recess is unthinkable. Some adults, though, are pushing for a more rigorous school environment, which in some cases translates to limited recess time, or no recess at all. In some parts of the country, a lack of outdoor space results in no outdoor play, and children are confined to playing indoors in the school gymnasium. In some schools, the gymnasium has become a classroom, and therefore indoor recess is eliminated altogether.

“This happens in most states, especially in big cities where there is overcrowding,” says Dr. Romina Barros, a New York-based pediatrician who recently published a study in the American Academy of Pediatrics journal titled, “School Recess and Group Classroom Behavior”. Barros reminds us that outdoor play with friends is not simply something children enjoy; it’s something they need. Recess allows children opportunities to develop their social skills and gives them necessary time to recharge their batteries and return to the classroom ready to participate and learn. “Studies have shown that adults can only concentrate for 45 to 60 minutes at a time without a break,” Barros says. “And this time is even less for children.”

The trend toward eliminating recess began more than a decade ago in response to pressure to raise test scores and reach state-mandated learning benchmarks. The trend is reversing in many states, a result of advocacy from committed parents and organizations such as Sports4Kids and the American Association for a Child’s Right to Play. In cities such as Atlanta, however, elementary schools are still being built without an outdoor play area. “It’s really very alarming,” Barros says. “Kids need space to relax and release their energy before they go back into the classroom.”

Barros’s study examined eight- and nine-year-old students and the relationship between recess and classroom behavior. The study looked at a nationally representative sample of students with an equal number of boys and girls. As expected, results indicate that children who have more than one recess each day, for more than fifteen minutes, receive higher TRCB scores (teacher’s rating of classroom behavior).

These results are not surprising to Jill Vialet, President and Founder of Sports4Kids. Sports4Kids is a nonprofit organization that supplies schools with trained and responsible adults who serve as recess moderators. The goal is to make recess a more constructive part of the day and to provide support for teachers and principals who are busy focusing on academics.

“These teachers and principals aren’t trained in moderating outdoor play, and they don’t have the time or energy for it because of the tremendous pressure they’re under,” Vialet says.

Vialet founded Sports4Kids fourteen years ago after a meeting with a principal who looked “aggravated in only the way that elementary principals can look.” Vialet recalls, “I was waiting and waiting, and she was running late. She had these three little boys, and she had just spent the hour after lunch with them—a nightmare. She finally came up for a breath, and she looked at me and said, ‘Can’t you do something?’”

The three boys weren’t bad kids; they just needed an outlet for their energy. And they needed regular and consistent positive attention from an adult who enjoyed “playing.”

“I had this sort of flash,” says Vialet. “And I remembered that when I was growing up there was this guy in the park named Clarence who always made sure that I could get in the game.”

That was the beginning of Sports4Kids. Vialet realized that all children deserved a Clarence of their very own. The program began in two schools and is now in 170 low-income schools across the country. “We hire young adults, typically right out of college, we train them for two weeks, and we get them started in the schools,” Vialet says. “These are fun, playful adults who are trained to help with conflict resolution.”

Sport4Kids carries a price tag: approximately $70,000 to run the program in each school. (Sports4Kids is funded by the Robert Wood Johnson Foundation and many other institutional and individual supporters.)

As Congress is now looking carefully at No Child Left Behind (NCLB) and its positive and negative outcomes—one negative outcome being the elimination of recess to allow more time for academics—individuals like Dr. Barros are hopeful that attention will be paid to the research surrounding recess and productivity in the classroom. “What I’m hoping is that educators realize that recess and play and physical activity has to be part of the education curriculum.”

Next Article: Positive Guidance and Discipline Strategies: Description and Explanation
We enable strictly necessary cookies to give you the best possible experience on Education.com.Cookie policy