Log in with different email
For more assistance contact customer service
Parenting and Families
Discipline and Challenging Child Behavior
Pants on Fire! What You Need to Know about Children and Lying

Pants on Fire! What You Need to Know about Children and Lying 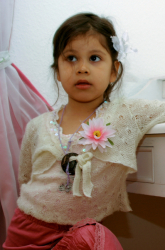 “I didn’t do it!” “I already brushed my teeth.” “Of course there won’t be any boys at the party.” Call these kid versions of “the check is in the mail.” No matter how well you know your children, they’ll probably try to pull the wool over your eyes at some point. But kids lie for a variety of reasons, and the occasional fib doesn’t mean they’re fundamentally dishonest. Here’s what you can expect from your child at different ages:

According to the American Academy of Child and Adolescent Psychiatry, storytelling is normal at this age, and most children don’t even realize it’s wrong. When your son tells you he saw a tiger on the playground, he’s engaging in wishful thinking more than a malicious attempt to mislead you.

“I have a child who often likes to live in a dream world,” says Helen Eckmann, Ed.D, author of Simple Principles to Excel at School. “She likes to construct elaborate games about being a dolphin or being a princess. I often play along with her in these games, but at the end, I help her to make a transition into the real world….I want to teach her that we all have to some extent fantasy worlds and that is a part of our lives, but at the same time I need to teach her to distinguish between fantasy and reality.”

Most experts agree that children older than age 7 know that lying is wrong. That doesn’t mean they won’t do it when they’re backed into a corner. If you see scribbling on the wall and your daughter has magic marker all over her hands, don’t ask if she did it. When kids this age are scared of punishment, they tend to lie. So when they do admit wrongdoing, reward their courage.

“It’s a good policy for parents to show delight and approval with the truth-telling,” says Aaron Cooper, Ph.D, author of I Just Want My Kids to be Happy! Why You Shouldn’t Say it, Why you Shouldn’t Think it, What you Should Embrace Instead. “What to say or do about the misdemeanor? Cooper suggests saying ‘We’re going to talk about that later. I want to think about what happened." "This separates for the youngster the positive reaction to the truth-telling from the negative response to the midemeanor," he says.

Adolescents are masters of social lying, but this isn’t necessarily bad. Spreading rumors and bragging to prop up social status are time-tested teen pastimes, but social lying also includes the “little white lies” we all use to protect others’ feelings. Your best bet? Stay involved in your teenager’s life, reiterate your values, and explain the practical rewards of well-earned trust. Remember that your teen is watching everything you do, so set a good example.

There’s no doubt that honesty is the best policy, but a little deception is a normal part of growing up. Be clear and consistent in explaining your values, model straightforward behavior, and relax – this too shall pass. Honest.