Log in with different email
For more assistance contact customer service
Outside the Classroom
Cultural Diversity
Learn About China's Famous Landmarks...Just In Time For The Olympics

Learn About China's Famous Landmarks...Just In Time For The Olympics 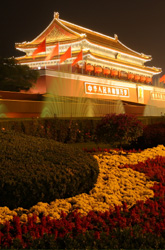 The Olympics are a great learning opportunity for your family, teaching all about sports, history, culture, geography, mathematics, and diplomacy! With the 2008 Summer Games starting up August 8th in Beijing, this is your chance to teach your child about China’s famous landmarks and this country’s fascinating history. Here are some facts to share with your child in preparation for the Summer Olympic Games:

So, don’t just veg in front of the TV, make watching the Olympics a fun learning experience this year!

Next Article: Interracial Marriages and Biracial Children
We enable strictly necessary cookies to give you the best possible experience on Education.com.Cookie policy