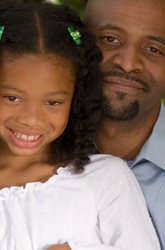 "For Kids' Sake", "Parents and Children Together", "Healing Hearts", "Putting Kids First"...The names may differ from state to state and the curriculum may vary from program to program, but all over the nation parents facing divorce are also facing the prospect of attending co-parenting classes. And many are not there voluntarily. By 2001, 28 states had passed legislation creating divorce education programs, and the number of states with programs continues to grow. Of those initial states, 15 mandate attendance while the rest put the decision in the hands of the court on a case-by-case basis.

To some it's a slippery slope. Why single out divorced parents for parent education when there are plenty of intact couples who could benefit from learning parenting skills? To others it makes perfect sense: if a couple can't get along well enough to stay married, how can they be expected to communicate well enough to co-parent children?

Some of the indignation in being mandated to go to parenting classes lies in the implication that if a couple has children, then any unresolved disputes in their divorce involve custody concerns. Dianna Gould-Saltman, a Certified Family Law Specialist and a Fellow of the American Academy of Matrimonial Lawyers, practices matrimonial law in Los Angeles and is an expert in child custody issues. She remembers this implication being an issue when California introduced legislation mandating a 3-hour "Parents and Children Together" class. "Initially there was talk that if there were children involved at all then you should send these people to the PACT program," recalls Gould-Saltman. However it didn't end up that way, she says. Now simply filing for divorce doesn't automatically mean attendance at PACT; it's only required if the involved parties are asking the court to make a decision regarding custody.

Some of the indignation arises from what may be a simple semantic misunderstanding. When people hear they are being ordered to attend parenting classes, they tend to assume that their parenting skills are being questioned. While in some high-conflict situations this may be true, most co-parenting classes are designed to help parents understand how divorce affects their children.  "We initially called them parenting classes and then switched to co-parenting so that it wouldn't be insulting," explains Risa Garon, a social worker, family life therapist and Executive Director of the National Family Resiliency Center, Inc. (NFRC) "It's really co-parenting after family transitions."

"I would say," explains Gould-Saltman, "that what the intention of it is here is to give the parents better communication skills because the current communication methods and style are not working and it's impacting the children." It's that impact on children that the legislated classes are trying to minimize. The NFRC, in fact, was developed to fill the gap in services that existed for children and families in transition. "There was very little multi-disciplinary communication among judges, attorneys, mediators and mental health professionals," says Garon. The NFRC aids that communication by offering a number of services, including classes that fulfill court-mandates.

Do the classes work? Garon says the NFRC not only sees very positive results, but points out that the Center has many clients who return for assistance during new family transitions. She stresses that letting parents know the intention of co-parenting classes, and giving them support to continue learning about how divorce effects children is very important. "A 6-hour, 12-hour, however many-hour parent education program you have, doesn't create permanent change, " she states. "It creates a wonderful new mindset which includes explanations of what children are going through, and many strategies to cope with anger, communication skills and developing parenting agreements."

Gould-Saltman agrees that providing parents with the tools to communicate better with each other is important, but isn't so sure about the accountability of such programs. Because of confidentiality rules, in most states, parents are required to prove to the court that they've attended sessions, but the facilitators don't provide any information about whether they put in the work. "You can lead a horse to water but you can't make it spill its deepest, darkest secrets," quips Gould-Saltman.

And what about those who feel singled out simply because they're divorced parents? It's a valid point. Though Gould-Saltman points out that parents who are mourning the loss of a relationship may not be the most attentive parents, we probably can't expect them to be during that transition. It's when courts see ongoing impact on children that it becomes a problem. "If they continue to be inefficient parents then we have to do something about it," notes Gould-Saltman. "I don't think, though , that you can put a lot more onus on people just because they happen to be divorced than you do people who are an intact family."

The bottom line is that whether parents are offended by the notion of attending classes or not, the courts' intentions are sound. Garon reminds us to focus on the positive. It's about trying to make life easier for children. By teaching parents ways to communicate with each other, children are possibly even spared the court deciding their living arrangements--many people who take co-parenting classes end up reaching out-of-court custody agreements. And, they're getting support when they need it most. "The information we all are teaching and the skills are meant to support the parents remaining involved in the most responsible, loving way," says Garon.

Next Article: Single Parenthood: Finding Quality Time With Your Child
We enable strictly necessary cookies to give you the best possible experience on Education.com.Cookie policy