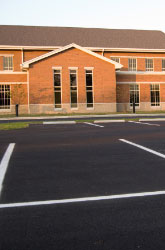 On April 20, 1999, the nation was rocked by what is perhaps the most well-known school shooting incident in history. Ten years after the Columbine High School shooting, which left 12 students and one teacher, as well as the two teenage shooters, dead, school safety is still in the news and on the minds of parents, educators, and students.

Are our schools any better prepared for a crisis than they were a decade ago? Just weeks before the Columbine anniversary, two teens were arrested in New Mexico after their plot to go on a mass shooting spree at Dove Creek High School, located about 250 miles southwest of Denver, had been thwarted. The Daily Times in Farmington, N.M., reported that school officials and law enforcement in both Colorado and New Mexico responded swiftly to the threat of violence. "We don't take any risks. We take everything seriously," Farmington School District Superintendent Janel Ryan said. "We do have all of our safety plans, we do have the process, we do have everything in order.”

Since the Columbine tragedy, schools across the country have taken their own steps to bolster safety strategies and violence prevention programs, says School Safety Partners, an organization and online resource created in January 2008, which supports and promotes legislative, funding, and training projects in school safety.

Under the No Child Left Behind Act of 2001, school districts that receive federal Safe and Drug-Free Schools funding must have an emergency management plan (EMP) intact for violent or traumatic incidents. The Platte Canyon School District, about 40 miles from the Denver area, for instance, has developed a comprehensive safety and readiness plan which addresses such varied hazards as bomb threats and fires, dangerous animals and intruders with weapons. The district has also teamed up with SchoolSAFE Communications, which allows the district to better communicate with another campus or county emergency responders using existing emergency radios.

Since the Columbine incident, many states have enacted laws that require schools to conduct emergency management planning, from routine fire drills and “lockdowns” to intricate crisis scenarios. Unfortunately, a report published by Lessons Learned Information Sharing (LLIS), the U.S. Department of Homeland Security’s network of emergency response communities, says many school EMPs are outdated, not practiced, or not coordinated with emergency responders, such as local fire departments.

Some school districts, however, have put their safety plans into action, like Colorado’s Pueblo School District 70. The community simulated a mass casualty simulation in May 2008, which involved more than 1200 participants, including Pueblo County High School, the Colorado State Patrol, several fire departments, and numerous health agencies. The exercise took place between 9 a.m. and 2:30 p.m. and involved multiple, simultaneous, casualty-inflicting events. It evaluated the community’s crisis response procedure while better preparing the Pueblo community for a major incident of violence.

Similarly, the schools of Contra Costa County in the San Francisco Bay Area, home to a dense region of heavy industries, including petroleum refining and chemical manufacturing, have implemented and evaluated their emergency response plans with annual shelter-in-place (SIP) drills, which tests schools’ abilities to respond to an accident involving chemicals or hazardous materials. In the months before the drill, outreach teams from the Community Awareness and Emergency Response (CAER) Group educate school staff about SIP strategies. On the day of the simulation, up to 300 schools in the county participate.

Tony Semenza, the executive director of the CAER Group, says participants report that the all-school drill has enhanced the culture of preparedness in Contra Costa County. The evaluation process has enabled the CAER Group to identify and address potential weaknesses in preparedness, he says.

While implementing and testing sounder safety plans are primary steps for schools, building staff and parent awareness and involvement in emergency management planning is crucial for improving school safety and crisis and violence prevention programs. LLIS also says that school districts have established incident management teams (IMTs), in which selected faculty and staff members are trained in the implementation of emergency response protocols. The Fairfax County School District in Virginia, for instance, has created a district-wide IMT to handle large-scale incidents, in addition to an individual IMT for each school.

An IMT culls and uses the knowledge of a school’s personnel more efficiently: biology and chemical teachers, for example, have knowledge of how to respond to biological or chemical hazards, such as a chemical spill. Similarly, coaches know the details of athletic fields and outdoor areas, while bus drivers are familiar with traffic hazards and various routes.

Above all, parents are urged to become part of the safety planning process. For instance, Ted and Katherine Zocco-Hochhalter, parents of Columbine survivor Anne Marie Hochhalter, have collaborated with John-Michael and Ellen Keyes, parents of Platte Canyon High School victim Emily Keyes, to introduce a program that trains parents to partner up with incident management teams.

In addition to these plans and programs, parents and students alike are working together to keep communication constant about potential threats of any level. Kristi Mohrbacher, who was in her junior year at Columbine in 1999, established a blog with other Columbine survivors which helps her connect with students and encourages participation in safety planning among them. Parents and students, particularly those in the Columbine community, have begun using tools to keep others informed of what's happening in their area, including FaceFile, a new website that allows users to alert others of suspicious people or activity using a cell phone camera.

While an incident of violence or crisis may happen at any time, school districts, law enforcement, parents, and students in communities are coming together on various levels to become as prepared as possible for such an event.

Next Article: Are Schools Safe?
We enable strictly necessary cookies to give you the best possible experience on Education.com.Cookie policy