Log in with different email
For more assistance contact customer service
Kindergarten
Could My Kindergartener Have Sensory Processing Disorder?

Could My Kindergartener Have Sensory Processing Disorder? 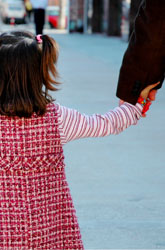 Sensory processing disorder, a once little known neurological disorder, is fast becoming a household name, and many kindergarten parents are wondering if their child may be affected.

The good news is that, unless you or your child’s teacher notice behavior that seems to be quite irregular compared to other kindergarteners, you usually do not have anything to worry about when it comes to sensory processing disorder, or any disorder, for that matter.

Children with sensory processing disorder experience and coordinate the sensory information they receive from the environment in a different manner than other children; therefore they often behave differently than other kids do. For example, they may be extremely sensitive to touch, to the point where they resist wearing clothes or sleeping with a blanket. Alternatively, they may be unaware of bodily sensations, such as hunger, cold, or the need to use the bathroom. Children with sensory processing disorder may seem extremely impulsive, and exhibit behaviors such as being unable to sit still in any setting, excessive spinning or rolling around, or constantly climbing to high places in order to jump off.

Here are some signs that may indicate a disorder of sensory processing. This list is by no means comprehensive, and some symptoms may be indicative of other problems, so check with your doctor if you have concerns. On the other hand, most children exhibit some of these behaviors at one time or another, so do not worry if your child has shown one or two of the behaviors as isolated incidents.

As you can see, sensory processing disorder encompasses a wide variety of symptoms that all involve a difficulty with regulating incoming information from the senses, such as vision, hearing, touch, smell, balance, and taste. If you see extreme behaviors in your child on either end of the continuum (over-sensitive or under-sensitive), you should record what you have noticed and bring this information to your physician.

Next Article: Kindergarten Learning Disabilities: How to Get Your Child Evaluated
We enable strictly necessary cookies to give you the best possible experience on Education.com.Cookie policy