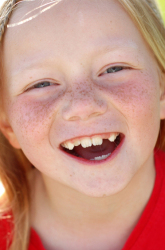 Let's get down to the nitty-gritty of what you can be expected form your third grader.

Your eight-year-old is trying very hard to master the skills to which he or she has been introduced. This means concentrating on handwriting, arts and crafts, computers, drawing, and other skills. If the accomplishments don't come easy, there is a tendency to exaggerate feelings of inferiority. Redirection is the best solution. Criticizing your eight-year-old will have an impact that you will regret for years. Schoolwork and supplemental activities are better if short and to the point. Accomplishments should be displayed: cover every inch of your refrigerator with your child's latest and greatest. Eight-year-old benefit from graphing of charting accomplishments so that they can be reminded of successes while seeing the progression toward mastering a goal.

Some third graders will turn nine during the school year. A nine-year-old can/will:

Nine-year-olds tend to be more competitive. Although they are usually more coordinated than eight-year-olds, they often fatigue easily and complain about injuries, both real and imagined. They like to work with partners of their choice and might begin forming exclusive groups. They can be impatient, anxious, and easily discouraged. They generally don't like to take risks and they don't like to be wrong.

Now, you may be thinking, Oh no! My child is all over both lists! Remember, children vary greatly. It is common to find a two-and-a-half-year difference in development among children. Eight- to nine-year-olds who lag in specific skills often compensate by exceeding expectations in other areas of development. Don't worry. The best indicator of whether a child is in danger of falling behind is the rate of growth rather than an inventory of skills. If your child is making progress along the rough developmental continuum, don't be overly concerned about a few skills here and there.

Physical Development Milestones: 3rd Grade
According to the School Psychologist: 3rd Grade
What to Expect in Third Grade
Helping Your Third Grader Get Organized

Mindfulness: Guide to Feelings Cards
Worksheet
Mindfulness: Guide to Feelings Cards
How are you feeling today? Use these cards to explore emotion adjectives, either on their own or with our Mindfulness lesson plan series.
preschool
Reading & Writing
Worksheet
Goal Planning
Activity
Goal Planning
To reach goals and gain accomplishments, you have to have a plan for success. This activity will help your child to create goals for the upcoming school year.
3rd grade
Reading & Writing
Activity
Using a Chart: Do Your Chores!
Worksheet
Using a Chart: Do Your Chores!
Kids completing this third grade math worksheet use a chart to compare data and solve addition problems.
3rd grade
Math
Worksheet
We enable strictly necessary cookies to give you the best possible experience on Education.com.Cookie policy