Log in with different email
For more assistance contact customer service
Outside the Classroom
Music and Children
Music Education for Kids: Does Music Make Kids Smarter? 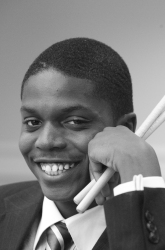 Call it the “marketing effect.” One day, researchers come out with data showing that kids who listen to Mozart perform better on tests; the next, toy companies are selling a slew of products that blast Sonata in C. Meanwhile, under pressure to trim budgets and bring up scores in math and reading, schools across the country are eliminating music classes. It’s enough to make even the most music-savvy parent feel a little tone deaf.

“It would be very easy for me to jump on the proverbial bandwagon and say, ‘music makes you smarter,’ but I think you have to read the research carefully,” says Jeffrey Bush, Music Education Professor at the Herberger College School of Music at Arizona State University. “Some studies such as the Mozart effect have been grossly over-generalized.”

The “Mozart effect,” refers to research showing that children who listened to Mozart before taking a test performed better. The catch? The effects only lasted about 20 minutes. Other research may have been skewed by socio-economic differences between kids who attend schools with music programs and kids whose schools can’t afford them.

“The key distinction if you want to see a long-term benefit to any arts activity is to learn it and acquire new skills,” says Robert Capanna, Executive Director of the Settlement Music School in Philadelphia. He uses the analogy of someone who watches a baseball game versus someone who plays in one; the child who learns to read music and play an instrument gains more than the child who simply listens to a concert. Graduates of the Music School’s Kaleidoscope Preschool go on to perform better on standardized tests than their peers and have fewer disciplinary incidents and school absences in later years, even if they discontinue their musical training.

In fact, a University of Munster, Germany study published in 1998 showed that active music lessons taken in childhood enlarge the brain, as musicians seem able to access more neurons for processing sound. The earlier participants had started taking lessons, the more pronounced the effects. An ongoing study by James Catterall, Ph.D., linked participation in musical activities like band, choir, and drama with academic success across socio-economic groups. And a paper called “Music Makes You Smarter” by Frances Rauscher at the University of Wisconsin reported that when similar-scoring three- year-olds were separated into groups, taught to use a piano keyboard or other skills, and subsequently retested, the group given formal music lessons scored better on spatial-temporal reasoning than the kids who took other lessons.

“Music is essential to life and yes, learning,” says children’s musician Jeanie B! “Does it make us smarter? Well, it enriches our lives and teaches us language and math without ever opening a textbook. Our very heart keeps time to our life.”

So, while you probably shouldn’t panic if your child listens to more sports than sonatas, there’s no downside to encouraging him to broaden his horizons. “People shouldn’t be intimidated,” says Capanna. Whether you’re a tin-eared piano dropout or a virtuoso, the key is to nurture your child’s appreciation and enjoyment of music. They may not be the next child prodigy, but they’ll carry the music with them wherever they go.

Next Article: Introducing Your Child to the Arts: Making Music Together
We enable strictly necessary cookies to give you the best possible experience on Education.com.Cookie policy