Log in with different email
For more assistance contact customer service
School and Academics
Is My Child Ready for Kindergarten?
Early Childhood Screening: What's It All About?

Early Childhood Screening: What's It All About? 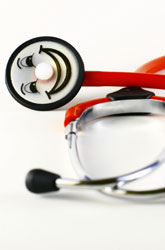 Early Childhood Screening. Ever heard of it? Probably not. That's because at this point in time, Minnesota is the only state that practices a free, state-wide Early Childhood Screening program. Screening officials are enthusiastic that the program, which has been in place in Minnesota since 1977, contributes to Minnesota's tradition of academic excellence, including one of the highest graduation rates nation-wide. State law requires that all children be screened before entering kindergarten in public school.

Early Childhood Screening involves testing children between the ages of 3 and 5 in basic health and developmental areas including hearing, vision, coordination, speech, cognitive development, and social and emotional skills. The screening's purpose is to identify health, developmental and/or other factors that may interfere with a child's learning, growth and development.

But, the screening is just that—a screening, not a diagnosis, according to Debbykay Peterson, an Early Childhood Screening Specialist for Minneapolis Public Schools. "Screening helps identify children who may have possible health and developmental problems that may need some extra support before they start school. There are a lot of problems that could go undetected. We're seeing an increase in the number of possible problems. Hearing and vision is a common problem that could be overlooked." If potential problems are detected in any of the screened-for areas, the child then has the opportunity to receive specialized help before entering kindergarten.

That help can come in a number of different forms. Stephanie Bisson Belseth, an Early Childhood Screening District Program Facilitator for Minneapolis Public Schools, says that, for example, "If a child were to be not performing at the expected level, or have behavioral or emotional issues, they would be referred to the Early Childhood Special Education Department for a full assessment." If a health concern arises, children may be referred back to their health care providers; i.e. a pediatrician or dentist. A child with language difficulties may be referred to the school district's speech and language evaluation team. As Bisson Belseth points out, the help available is diverse. "We might also look to community partners; if they have a speech issue, we may refer them to public speech therapy through their health insurance. We can also help connect them with health insurance, or connect them with rides to and from the doctor." Many of these services, like the screenings themselves, are free to the families involved. Others may be covered by a family's health insurance plan.

And, in terms of the program's success in detecting potential issues, the proof is in the pudding. Peterson notes that, out of approximately 60,000 children who were screened in Minnesota last year, 23,000 potential problems, ranging from vision and hearing to speech and cognitive development, were identified as a result. That's not to say that 23,000 kids had problems, since one child may have multiple concerns – but it's an impressive figure nonetheless.

The program has also garnered a lot of parental support. During the screening itself, parents can discuss any concerns they may have about their child's health or development with school nurses and other early childhood professionals, and find out about other helpful resources in the school and community.

The thought of screening 60,000 children each year, for an hour or more each, by early childhood professionals, stirs visions of high dollar figures that can only be paid for by hefty taxes. But, as Peterson points, out, the price tag may not be as high as it first seems. State-wide in Minnesota, Early Childhood Screening costs approximately $70 per child. Peterson says, "It is very cost-effective for the state to identify problems early on. Looking at other cost-benefit studies, early intervention pays off. And that's what this is about. The earlier they get intervention services, the better." Basically, treating a problem in a three-year-old is significantly cheaper than dealing with it when the child is 12.

Next Article: Growth and Development, Ages Zero to Three
We enable strictly necessary cookies to give you the best possible experience on Education.com.Cookie policy