Log in with different email
For more assistance contact customer service
School and Academics
Private School
Is Boarding School Right for Your Child?

Is Boarding School Right for Your Child? 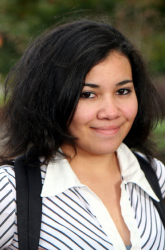 We’re all familiar with the Hollywood version of boarding schools: immaculate grounds, rich kids, unfeeling parents sending their children away. For families seeking stellar academics, a diverse, international student body and an early dose of responsibility, the picture’s a lot more complex.

“For so many boarding school parents, sending their kids away is one of the hardest things they will ever do... emotionally and often financially,” says Libby Peard, parent relations coordinator at Choate Rosemary Hall, a boarding school in Connecticut. “However, they make whatever sacrifices are required so that their children are given limitless opportunities to learn and to grow in academic communities not always available to them closer to home.”

Talk to any boarding school student and they’ll say the same thing; academically, boarding schools set the standard. The top boarding schools have an admissions process and acceptance rate similar to America’s most elite colleges, and students apply from all over the world. Teachers live on campus and in dorms, so students are surrounded by mentors and advisors.

“I really loved the experience and gained so much more independence than I would have being at home. I learned invaluable study skills which more than prepared me for college,” says Willow Oberweger, who graduated from Deerfield Academy in Massachusetts.

Ironically, parents who assume boarding school graduates get a free pass to a top college are often disappointed. “If I had remained at my public high school and pushed my way into all AP classes, I may have been able to get into more top tier colleges,” concedes Oberweger, pointing out that competition for admission to popular colleges is fierce at boarding schools. Nonetheless, the matriculation list of graduating classes tends to be impressive.

For students and parents alike, that’s often beside the point. They point to the close friendships formed on campus, the loyalty to the alma mater, the access to a network of successful alumni, and the discipline and responsibility kids learn, as the true benefits of boarding school.

While America’s elite has long recognized the benefits of boarding schools, administrators say they’ve made a concerted effort to reach out to communities who haven’t traditionally considered them. To make their campuses more diverse and welcoming, most boarding schools offer scholarships and seek out minority and underprivileged students.

It may not be as glamorous, but the real world version of boarding school life is far more complex – and educational – than the Hollywood one.

Next Article: Waldorf Education: Head, Hands, and Heart
We enable strictly necessary cookies to give you the best possible experience on Education.com.Cookie policy