Log in with different email
For more assistance contact customer service
School and Academics
College Scholarships
Can Bowling Get Your Kid Into College?

Can Bowling Get Your Kid Into College? 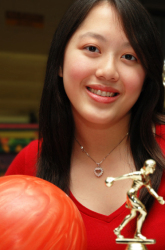 Collect This Article
5.0 based on 1 ratings
ByDanielle Wood

Admission to college seems to get more competitive each and every year. Good grades aren’t always enough. Sometimes it’s the little things that jump off the application page at the end of an admission officer’s bleary-eyed day. Little things like internships, exchange programs, or bowling.

On April 6th, ESPN will broadcast the second annual Denny’s All-American High School Championships and crown the nation's top male and female bowler. The championship is a joint venture between the Professional Bowler’s Association (PBA), the United States Bowling Conference (USBC), and Denny’s (sponsor of the PBA tour).

Bowling, it turns out, is one of the nation’s fastest-growing varsity sports. In the 2005-2006 academic year, there were 42,101 participants, which means bowling squeaks in just behind ice hockey (43,415 players), but well above sports like crew (4,902 players). More than 170 colleges and universities have varsity bowling teams. Thirty-nine even offer scholarships. And bowling is certainly more unique than, say, baseball.

So, can it help your kid gain a place in her college of choice? Anna Ivey, a career and admissions counselor, offers this: "There's no one magic-bullet activity that opens doors. Admissions officers care much less about which activity an applicant is passionate about and successful in – what matters much more is the depth of commitment and the level of achievement in that activity, whether that's a sport, or a musical instrument, or a debate team, or translating Homer into metered verse.”

Whether your child shows a love for shooting balls down the bowling lane, or hiking Kilimanjaro, Ivey suggests nurturing their passions as early on as possible. Arlene Matthews, author of the book Getting in Without Freaking Out, agrees. “Expose them to lots of things and encourage them to play, and explore, and pursue what they love – whether it’s ‘popular’ or ‘unpopular,’” she says.

In the end, it’s commitment and character that win the day. Take it from Fred Hargadon, former Dean of Admission at Swarthmore, Stanford, and Princeton. “One of my all-time favorite applicants was a young man who explained that despite his having been on his school's varsity soccer team for four years, he wanted us to know that he was the worst player on the worst soccer team in his state, hardly ever got into a game, and had stuck it out simply because he loved soccer and enjoyed the practices. He was admitted.”

Though broadcasted in April, the Denny’s All-American High School Championships actually take place on March 28th-30th. The deadline to apply for the competition is January 21st, 2008.

Next Article: The College Application Process: Helping Your Teen Cope
We enable strictly necessary cookies to give you the best possible experience on Education.com.Cookie policy