Log in with different email
For more assistance contact customer service
Outside the Classroom
Internet, Children, and Teens
Cyberdating Abuse: What Parents Need to Know 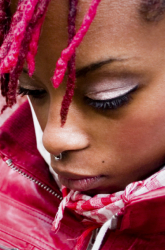 Lots of things have changed since you were in high school. And dating is one of them. Breaking up has always been hard to do, but these days, it's even harder. Teens may be able to avoid their ex in the school hallway, but a former boyfriend or girlfriend can get to them, whether they see them or not.

According to a survey of 13 to 18-year-olds conducted by Teenage Research Unlimited (TRU) for Liz Claiborne Inc., the Internet has changed the face of dating. And not for the better. Seventy-one percent of teens surveyed regard boyfriends/girlfriends spreading rumors about them on cell phones and social networking sites as a serious problem. And 68 percent of teens say partners or former partners shared private or embarrassing pictures or videos of them without their permission.

Sometimes, it's a way to get back at an ex. Sometimes, it's a way to exert control. "My boyfriend terrorized me in a number of ways, but one of the most effective was through email. Email became one of his primary methods of control, especially when my parents refused to let us speak on the phone. He wanted to know where I was every second of every day," says Kendrick Sledge, a teen dating abuse survivor.

Her story is growing all too common. And one of the biggest problems about this new trend is that parents are completely oblivious that it's happening. Almost one in four teens surveyed communicated with their partner via cell phone or texting on an hourly basis between midnight and 5 a.m. – long after mom and dad had gone to bed. Eighty-two percent of parents, whose teens were emailed or texted 30 times per hour, did not know this was happening.

In response to the staggering levels of abuse among teens involved in romantic relationships coupled with parents' lack of knowledge surrounding this dire issue, Liz Claiborne Inc. has partnered with the National Domestic Violence Hotline to create The National Teen Dating Abuse Helpline (NTDAH) and loveisrespect.org. According to Jane Randel, Liz Claiborne Inc.'s vice president of Corporate Communications: "When we set out to measure if the prevalence of technology has influenced the frequency and severity of teen dating abuse, we had no idea just how staggering the results would be. The seriousness of this issue underscores the need for a national teen dating abuse helpline."

The NTDAH is a 24-hour national telephone and web-based hotline. Parents and teens from anywhere in the United States, Puerto Rico, and the Virgin Islands can call toll-free, 866-331-9474, or log on to the website and receive completely confidential direct assistance. The telephone hotline and web site are staffed by specially trained peer and adult advocates and concerned parents. And the website, loveisrespect.org, is the first interactive dating abuse website where teens can write and get immediate help in a one-on-one private chat room.

None of that existed yet when Kendrick Sledge needed it. And she may not be able to turn back the clock and undo the trauma of the abuse she endured, but she is hopeful that the NTDAH will help the many teens currently suffering in silence. "If there was a teen dating abuse helpline when I was being abused, I might not have stayed in the relationship as long as I did."