Log in with different email
For more assistance contact customer service
Parenting and Families
Green Living
Does Your Family Know the Word of the Year?

Does Your Family Know the Word of the Year? 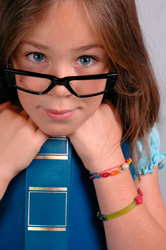 Collect This Article
2.7 based on 3 ratings
by Education.com

What do Al Gore, Rupert Murdoch, and the Rolling Stones have in common? They are all advocates of being "carbon neutral," the New Oxford American Dictionary's Word of the Year.

It's already May.  Have you used it in a sentence yet?  Here's a quick rundown.  Being carbon neutral involves calculating your total climate-damaging carbon emissions (your "carbon footprint"), reducing them wherever possible, and then paying for your remaining emissions with something like a carbon offset. In other words, paying to plant new trees or investing in "green" technologies such as solar and wind power.

Runners-up for Word of the Year included:

elbow bump: A greeting in which two people touch elbows, recommended by the World Health Organization as an alternative to the handshake in order to reduce the spread of germs.

Fishapod: A humorous name for a newly discovered fossil (Tiktaalik roseae) that has features of both fish and land mammals and as such is considered an evolutionary link between the two.

Funner: An informal/nonstandard comparative of fun.

Islamofascism: A controversial term equating some modern Islamic movements with the European fascist movements of the early 20th century.

dwarf planet: A new designation for planet-like objects (such as Pluto} that are round and orbit the sun, but have not cleared other objects from their orbits.

May 4, 2007
Next Article: Save Our Oceans: 5 Things Your Kids Can Do
We enable strictly necessary cookies to give you the best possible experience on Education.com.Cookie policy