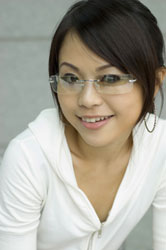 Collect This Article
4.8 based on 4 ratings
by Education.com

Most parents hope that their child will graduate from high school. But for some, one high school is not enough. The University of Miami Online High School (UMOHS) just announced that a group of students in China will now be able to earn a diploma from their home country, while simultaneously working towards one in the United States.

The idea isn't a new one. UMOHS already has deals with a few schools in Russia. A business entity in the foreign country (in China's case, Centralcorp Group) arranges all the necessary governmental paperwork and recruits the high schools. Every student enrolled is allowed to take classes via the web and for the first year, the high school foots the bill. If a student wants to continue beyond the first year and earn enough credits for a dual diploma, his or her parents will need to take over the costs.

It typically takes eight online courses for foreign students to earn an American high school diploma, according to Dr. Howard Liebman, UMOHS's Chief Operating Officer. The UMOHS-based courses include English literature, History, and Economics, all of which require students to be able to read and write English fluently. And because UMOHS adheres to Florida's statewide school requirements, they will also need to pay for a half a year of life management classes and a half a year of health, in order to score a diploma. But some of the courses they take in China will also count towards their degree – for example, math and science – while others count towards foreign language or world history credit.

Which is good, because the cost of each online class is pretty steep – about $1,000 for each of the eight requirements. Still, Liebman says students get the best of what foreign exchange programs have to offer, “without the culture shock.” For students considering attending university in the United States, the academic preparation is “invaluable,” Liebman says. “Our classes even help them prepare for the SAT.”

UMOHS has independent options for foreign families not lucky enough to have a child in one of the pilot schools. But parents will have to pay for all eight courses out of their own pockets.

Not cheap. But in an ever more globalized world, many parents are deciding it's worth the cost. It's unclear how tight or how fluid tomorrow's borders will be. One diploma is good. But, says Liebman, “Two is even better.”