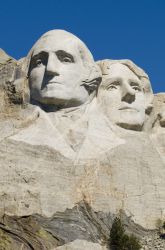 Collect This Article
3.0 based on 2 ratings
by Education.com

He cut down the cherry tree. He said, "I shall not tell a lie." He looked smashing in that topcoat. We've heard a lot of rumors about George Washington – but who exactly was he?

Today's the perfect time to find out. February 18, 2008 marks President's day, designed to give recognition to America's founding presidents (George Washington's birthday was actually on the 22nd). Just in case your kids ask you, here's a cheat sheet on the guy sitting pretty on your $1bills.

11 Facts About the Original George W.