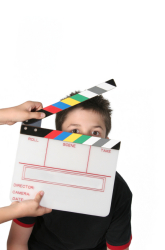 Tinseltown is crazy for statues.  Whether it be Oscar or Emmy, Golden Globe or DGA, it seems that Hollywood can't help but applaud itself whenever it gets the chance.  The bigwigs have lists of best actors and actresses, as do most major newspapers and magazines.  But another set of critics have made some judgments of their own. Working Mother magazine asked its readers to comment on which Hollywood actresses were working the business while still keeping up with the home front.

"These women are such an inspiration to all of us," says Suzanne Riss, Working Mother's Editor-in-Chief. "And they really show that it is possible to have both a successful career and a successful family."

So enough with the speeches. Who topped the list? Well, no one lady took away all the loot.  Like the Oscars themselves, moms voted for their favorites in a variety of categories. Here's who made the cut:

Next Article: Stages of Parenthood
We enable strictly necessary cookies to give you the best possible experience on Education.com.Cookie policy