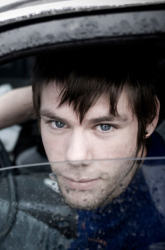 What's the biggest cause of death in teenagers? Not suicide, despite the press. Not AIDS. Surprisingly, it's cars. Motor vehicle crashes continue to be the leading cause of death for 16- to 20-year-olds, accounting for close to 5,500 fatalities and 450,000 injuries a year.

There's a reason it's so expensive to insure a teenager. Teens are involved in crashes more than four times as often as 30- to 69-year-olds. It's not just speeding and irresponsible behavior like drinking and driving – crashes are also caused by inexperience, inadequate practice time and judgment errors.

It's not exactly a health issue, but the American Academy of Pediatrics (AAP) has weighed in with a list of ways that parents can help their teens be better drivers:

The AAP also encourages parents to create a written contract that helps define what they're allowed to do, based on the teenager's age, maturity, and degree of driving experience. Have them sign a promise not to drink and drive, not to get into the car with someone else who is drinking, or anything else you feel is vital to their safety. At a minimum, parents should place restrictions on nighttime driving and limits on the number of teen passengers.

Driving is a serious responsibility, so don't be a softie. Start strict, the AAP advises – you can relax the rules as your teen becomes older and more experienced.

Next Article: The Need for Speed: Sweet 16 and Safe Driving
We enable strictly necessary cookies to give you the best possible experience on Education.com.Cookie policy