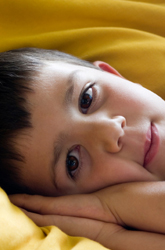 Collect This Article
3.8 based on 5 ratings
by Education.com

America's children are not getting enough sleep. The great majority don't even meet the minimum requirements recommended by experts, let alone the optimal levels, according to a study by the National Sleep Foundation (NSF). And rather than “catch-up” on the weekends, about one-quarter of preschool and school-aged children actually sleep less on weekends than on weekdays.

The study examined the sleep habits of infants to 10-year-old children, focusing on their bedtime routines, sleep habits and problems, environment, and the bedtime habits of their parents. What they found was widespread sleep problems, many of which begin in infancy.

Parents are paying a price for their child's poor sleep habits, getting less sleep than they feel they need for their own optimum performance. In fact, 76 percent of parents reported being dissatisfied with their child's sleep habits. But most had no idea how to fix them.

"Sleep problems are often overlooked and go undetected," says Jodi A. Mindell, PhD, an NSF director. "Understanding what is normal and healthy sleep behavior is an important step towards ensuring a child's overall health. Parents/caregivers must be given information to help them recognize symptoms of sleep problems and they need to discuss their concerns with their child's doctor." Dr. Mindell is associate director of the Sleep Disorders Center at The Children's Hospital of Philadelphia.

More than two-thirds (69 percent) of all children experience one or more sleep problems at least a few nights a week, according to the poll. The most common sleep problems include difficulty falling asleep, nightwakings, snoring, stalling and resisting going to bed, having trouble breathing, and loud or heavy breathing while sleeping. One-third of all children are waking at least once a night needing attention, including 14 percent of school-aged children. The poll also finds snoring is prevalent in preschoolers (19 percent) and school-aged children (18 percent); about 14 percent of children frequently have difficulty falling asleep at bedtime; and 9 percent have trouble breathing or exhibit loud or heavy breathing while sleeping at least a few nights a week – symptoms of obstructive sleep apnea.

Children's daytime behaviors are often related to their sleep habits. According to parents, about one-quarter of infants, toddlers, and preschoolers appear sleepy or overtired during the day, while nearly three out of 10 school-aged children have difficulty waking in the morning. And many children who are misdiagnosed with Attention Deficit Disorder are later found to be unable to concentrate due to a much simpler problem –- a lack of sleep.

The good news is, there are things parents can do to improve a child's chances of getting enough shut-eye. In light of the Sleep in America poll, the National Sleep Foundation makes the following recommendations for parents and caregivers:

Next Article: The Go-To Mom's 8 Sleeping Solutions for Tired Kids and Parents
We enable strictly necessary cookies to give you the best possible experience on Education.com.Cookie policy