Teachers Happiest They've Been in 20 Years 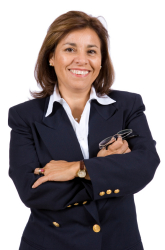 Despite media flurry about how “No Child Left Behind” is leaving educators overwhelmed, a recent study shows that teachers are happier than they’ve been in years. The MetLife Survey of the American Teacher, which has been conducted every year since 1984, reports on the state of the profession and what it takes to prepare, support, and retain teachers.

The 2006-2007 school year’s report had surprises up its sleeve. Fifty-six percent of 1,001 teachers polled said they were “very satisfied” with their profession, a 70 percent increase over those polled 10 years ago. They feel better prepared to engage families, maintain a smoothly running classroom, and work with students of varying abilities, than did teachers before them.

That said, the profession faces some major challenges. Despite better overall satisfaction, one-quarter of teachers surveyed said that they plan to leave education within the next five years. Their reasons vary, but most complain about unrealistic expectations and lack of support. Sixty-five percent of teachers surveyed say they don’t have enough time to plan and grade, while 60 percent feel they don’t have enough time to help individual students. And 64 percent say that their pay is not fair for the work that they do.

When asked what it would take to retain them, teachers point to better salaries and more money for school systems. But they also point to something schools and society don’t need big bucks to supply... respect.

Next Article: A New Teacher Salary: $125,000 per Year!
We enable strictly necessary cookies to give you the best possible experience on Education.com.Cookie policy