10 Kids CDs to Take to a Desert Island 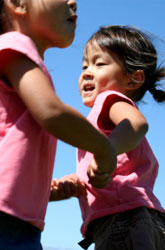 Collect This Article
3.2 based on 59 ratings
ByStefan Shepherd

Being stranded on a desert island with your kids would certainly give your family some quality time together. On the other hand, too much time might not be such a good thing. You'd constantly have to hear your kids whine, "He's on my side of the island..." or "Make her stop touching my palm tree."

If you were stranded on a desert island, you would likely get sick of coconuts. And you would just as likely get tired of whatever music you’d managed to stuff into the lifeboat. As a children’s music specialist who listens to hundreds of new albums a year, it’s hard to pin down just a handful of CDs I’d want with me while waiting for rescue. And it’s even harder to pin down a list of family CDs.

The 10 albums below are a list my family might agree to take along. This isn’t necessarily a list of the 10 best kids or family music albums, although all are excellent, and should certainly be considered such for any “best of” roundup. It’s more a list of CDs (in no particular order) whose enjoyment has stood the test of time in our household. Should you create your own Swiss Family Robinson experience, you can spin these repeatedly: