Log in with different email
For more assistance contact customer service
School and Academics
Private School
Waldorf Schools: What You Need to Know

Waldorf Schools: What You Need to Know 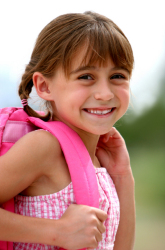 No TV? No computers? No recorded music, even at home? Sure, it may sound a little drastic to some. But for parents of children in Waldorf schools, it just comes with the territory.

With rising concerns about the influence of pop culture on young people, many find the Waldorf philosophy a breath of fresh air. Founded by Rudolph Steiner 78 years ago, Waldorf schools seek to educate the whole child – “head, heart and hands” – in a natural and harmonious way. Competition is discouraged; children stay in kindergarten until age 6 and will have the same teacher from grades 1-8. Toys are made of natural materials, such as cloth and wood, and, while students studying a wide range of topics, including music and art, they don’t use textbooks, but rather make their own lesson books as they learn.

Julia Cheng toured a number of preschools before choosing a Waldorf school for her daughter. “I wanted my daughter to get the same kind of care she was getting at home, that was in line with our philosophy as a family,” says Cheng, citing Waldorf’s emphasis on organic food, natural materials, and ban on television. “The main thing we (Waldorf parents) have in common is trying to prolong our children’s childhood.”

If that sounds like holistic heaven to you, you’re in good company. There are over 900 Waldorf schools worldwide, and many mainstream schools now use Waldorf techniques. Unfortunately, as its influence has spread, so has controversy. Critics of the program say that anthroposophy, the philosophy Steiner founded, plays too strong a role in the classroom, and may have religious roots. Supporters counter that Waldorf schools accept students of all faiths and backgrounds, and say that while some teachers may evangelize, they are exceptional. (All teachers must undergo Waldorf training.)

Waldorf parents are the first to admit the schools aren’t for everyone, but say the rules, which can appear arcane, create a strong sense of community. “You have to accept that they [the teachers] come from a good place of caring about children, and the end result is great,” says Cheng.

Because the Waldorf philosophy does not begin reading and writing instruction in preschool, students who transition from Waldorf preschools to mainstream kindergartens may lag behind their peers. Kids seem to catch up and perform quite well, but for many satisfied Waldorf families, that’s beside the point. “The kids got to be in the magical world of childhood much longer,” says one father of a Waldorf student. These days, that’s no small thing.

For more information, visit The Association of Waldorf Schools of North America at www.awsna.org.