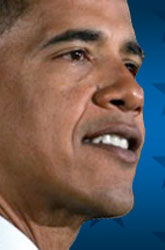 In two weeks, Americans will know their next president. Though the economy and the Iraq War have been the defining issues of this race, many parents also want to know what the future of education will look like for their children. Is No Child Left Behind going to be reinstated? Will they be given vouchers to send their children to public school? How will college be funded in the future? Will preschool become universal? Both Barack Obama and John McCain have spoken out on these issues. Now it's up to you to decide whose education policies should become realities for America's schools. If you're experiencing information overload, stumped on what these candidates are really saying about education, or just want to be better prepared for November 4th, we've got you covered. Read Barack Obama on Education to track what the Democratic candidate has said since he started running. For a cheat sheet on the Republican nominee's viewpoints, check out John McCain on Education. Get coverage of the recent policy debate between the two candidates' education advisers. Just want to know more about the issues? Election Fever 2008 highlights the major education themes of this marathon race to the White House.