Log in with different email
For more assistance contact customer service
Learning and Your Child
Speech and Language Development
Elementary School Speech Delays: What to Look for

Elementary School Speech Delays: What to Look for 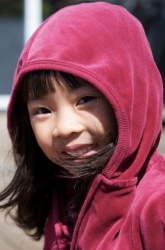 We all remember Elmer Fudd. And while hearing him say "hunting wabbits" is comical in the cartoon world, it can be worrisome to hear your own child struggle with certain letter sounds in his speech. Especially when you know he should have mastered some of those sounds already.

And "wascally wabbit" isn’t off the mark. In fact, replacing a "w" sound for an "r" sound is one of the most common speech delays related to articulation. Preschoolers will often substitute other sounds for the "k" or "g" sound or substitute an "s" sound for a "th" sound.

But like most developmental milestones, there is a wide range of normal. According to Leigh Klibowitz, M.S., CCC-SLP, an elementary speech language pathologist for the San Rafael Elementary School District in California, the range of normal for articulation depends on the specific speech sound. The "k" and "g" sounds should be accurately produced sometime between two and four years old. "R" is usually accurately produced between seven and eight years of age, if not earlier, and the ‘th’ may not develop until almost age eight. Blends (two letter sounds together) tend to be harder in general. A great resource for parents looking to determine those ranges of normal as well as researching specific speech problems, The American Speech-Language-Hearing Association, (AHSA).

So what should you do if your child is struggling with his speech? First, explains Klibowitz, you should have your child’s hearing tested. If his hearing is fine, then you can focus on his speech. And if you’re not feeling ready to see a speech therapist, you can try some things at home to correct the problems first.

Klibowitz offers several activities parents can engage in with their children:

Another whole aspect of speech delay, explains Klibowitz, is a child’s lack of receptive language comprehension, meaning they cannot follow two to three step directions, like “Take your shoes off and put your backpack by the door.” A great strategy for parents here is to ask the child to repeat what the parent just asked of him. This will help him become a better listener and will hone his comprehension skills through practicing how to effectively use those skills.

Of course, even if you are trying all of the above, your child’s speech and language may not improve. Klibowitz says, “If a parent has concerns at any time, even if it is to inquire about 'normal' development, they should approach the school speech therapist.”  She adds that parents should definitely inquire about therapy if their child has difficulty making herself understood, if she is demonstrating frustration behaviors related to not being understood, if she is writing how she speaks (making those same letter substitutions as in her speech) or stuttering. In a society where the ability to communicate is a necessity, it’s best to nip speech delays in the bud.

Next Article: Communication Development in Infants and Toddlers
We enable strictly necessary cookies to give you the best possible experience on Education.com.Cookie policy