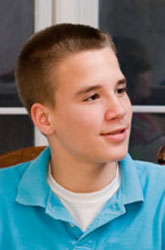 While your child may not be able to travel back to 1621 this Thanksgiving, he can still get a feeling for what things were like at the time of the original historic gathering. Try a few of these ideas to help him understand the people in attendance and the reasons why they were so thankful.

Most of us know that the Pilgrims came to America on the Mayflower. But did you know that the approximately 100-foot ship carried 132 passengers on a voyage lasting more than two months? That’s about 20-square feet per person. To get a sense of the overcrowded conditions, mark a four by four foot square on the ground with masking tape. Let each family member stand or sit on a square. Feeling squished? Now try getting into a sleeping position. Think about what it would be like if the person lying next to you had a cold or got seasick. Yuck!

The travelers had little idea what to expect when they stepped onto the new land.

On a large piece of paper, have your child draw an imaginary place filled with unique animals and plants – without telling anyone which are harmful and which are safe. Then, using the illustration as a game board, let another family member “wander” the area in search of food and a place to build a house. (The family member can draw his journey onto the illustration, if your child allows this. Alternatively, you could find an object to serve as a game piece, and the player can narrate his journey.) If the traveler eats poisonous plants or encounters vicious animals, his turn is done and another person can try. How does the second person fare – having gained knowledge by watching the trial and error of the first explorer? How long does it take until someone gains enough information to survive?

Going to any new place is much easier if a foreigner has the help of a guide who knows the area. The Pilgrims were lucky to have encountered a Native American named Squanto who could speak their language. (He had been kidnapped by English traders but later escaped.) But what if the Pilgrims had not met Squanto? Likewise, how might they have communicated with Native Americans who did not speak English?

Hold a family dinner at which nobody is allowed to speak English. What can people do instead to communicate? How effective is body language, drawing pictures, or making up new words for objects?

Food from Other Cultures

Squanto and the Wampanoag tribe introduced the pilgrims to maize, which became an important part of the settlers’ diet. The Native Americans also showed them which berries were good to eat and taught them how to dig and cook clams and how to tap trees for maple sugar.

Hosting a potluck dinner is a great way to experience how early Americans must have felt when trying new foods. To get an interesting variety, guests could bring something derived from their ancestry, such as an Asian noodle dish or a traditional Russian soup. Encourage your child to sample everything.

When the pilgrims and Native Americans sat down to celebrate what we commonly call the first Thanksgiving, both sides must have felt a sense of relief. When they first met, neither group knew what to expect from their new neighbors. But with the help of a peace treaty, they came up with ways to live together.

In honor of Thanksgiving, see if your child can come up with a household peace treaty. What might be some methods everyone can agree upon for settling common disputes (such as creating a chore schedule so each person knows when it is his turn to take out the trash)? What boundaries can be set on the use of family property (such as when one can use the phone or the computer)? When all members agree on the terms (which may be a lesson on negotiation and compromise), write out the final agreement and have each person sign the document.

With a peaceful household and an increased appreciation for the history behind the holiday, your child will be ready for a sixth way to bring the spirit of that first Thanksgiving to life: sitting down to enjoy a wonderful feast with special people!