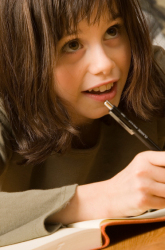 Collect This Article
3.7 based on 15 ratings
ByAmy James

Curriculum varies from state-to-state, but there are some constants. At the beginning of the school year, students working at the standard level:

Curriculum varies from state-to-state. but there are some constants. By the end of the school year, students working at the standard level:

Next Article: 5th Grade Social Studies: What Happens
We enable strictly necessary cookies to give you the best possible experience on Education.com.Cookie policy