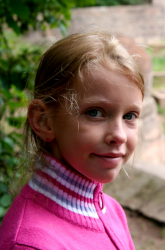 Planning a family vacation on the cheap? Look no further than the Gateway City! Lively St. Louis boasts more free visitor attractions than anywhere in the U.S. outside of the nation's capital. Free educational opportunities abound at such locations as the St. Louis Art Museum, the Missouri History Museum, the St. Louis Zoo, and the St. Louis Science Center.

"It’s our job to make learning a fun activity and send people home with something they didn’t know before,” says Science Center President Doug King. “Our exhibits are fun and interactive.” At the Science Center, hand-on learning takes center stage. Whether it's experiencing everyday life on the International Space Station at the Planetarium, or playing cop by clocking speeders with radar guns, kids can see, hear, and touch the world around them in a way that's educational and exciting.

For kids who'd rather hear the roar of a lion than the roar of a space shuttle, look no further than the St. Louis Zoo, which houses over 6,000 exotic animals. Louise Bradshaw of the zoo staff says kids can learn about social interaction simply by watching the chimpanzee family at the Fragile Forest exhibit. “ Look at their body language,” says Bradshaw. “Who’s close to whom? Which behaviors are positive? How do they use their hands and their feet? When are they making noise?"

The learning doesn’t necessarily stop when they leave the zoo, according to Bradshaw. She suggests using the day as a jumping off point for further study. For example, “This may lead kids to readings about Jane Goodall, the world’s expert on chimpanzees,” she says. It might peak a child's interest in zoology.  Or, even better, it may teach them about the fragile relationship between humans and animals. “Kids who have an interest in polar bears and concern for the earth may start thinking about what these animals need in the wild and about global warming,” Bradshaw suggests.

Families shouldn't leave St. Louis without getting a slice of the city's history. The Old Courthouse is a great starting place: with restored courtrooms and educational displays, kids can experience first-hand the site where historic cases such as the Dred Scott slavery trial were brought to court.

At the Museum of Westward Expansion, located beneath the Gateway Arch, children can read passages taken directly from the journals of Lewis and Clark, and reimagine the world of pioneers and Native Americans.

Families can take a trip back in time to the Missouri History Museum, where 1904 World’s Fair exhibit is on display. Kids will be amazed to discover that ice cream in a cone and hot dogs on a bun were first introduced at this historic milestone!

Making the most of your vacation means seeking out fun, no matter the cost. For kids, a day of free activities can make for a priceless lesson in history, science, and the animal world - and you can't put a price on that!

Next Article: Outdoor Summer Play
We enable strictly necessary cookies to give you the best possible experience on Education.com.Cookie policy