Log in with different email
For more assistance contact customer service
School and Academics
Science and Inspiring Your Child
Girls and Science: The Wave of the Future?

Girls and Science: The Wave of the Future? 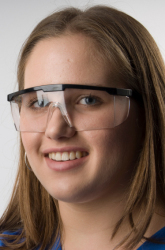 Think your daughter has what it takes to compete in the real world? According to Meg Milne Moulton, an Executive Director of the National Coalition of Girls' Schools (NCGS), it may take more than a generous serving of smarts, self-confidence, and stick-to-itiveness to make it in today's increasingly competitive marketplace.

As our economy goes global, math, science, and technology are bigger than ever - and these fields are precisely those in which girls have been traditionally underrepresented. “Over fifty percent of the workforce will soon be female,” says Moulton, “and the degree to which girls will be represented in science and math is the degree to which we can give them greater opportunities, and with them, a better future.”

Educating girls to tackle the challenges of a globalized world was the theme of this year's annual NCGS conference, held last month in Baltimore, Maryland. Speakers addressed such issues as Internet safety, the role of women's sports in global awareness, and the competitive international recruitment of scientific minds. Among the attendees were twelve high school delegates from around the world, who participated in a hands-on workshop centered around the science of light. After the workshop, 90 percent of the girls reported a significant boost to their awareness of and interest in the field of optics. Meg Moulton attributes this in part to “the power of young women role models and the contagious impact of their enthusiasm and interest,” emphasizing that hands-on learning is particularly effective for scientific learning in young women.

Prepping your daughter for a future of scientific inquiry may sound daunting, but it could be as easy as a simple walk in the park. Here are some tips for parents interested in cultivating their child's inner scientist, as suggested by the NCGS:

While science smarts are likely to give your daughter a leg-up in the job market, the importance of scientific inquiry goes far deeper. While she explores the scientific world, your daughter is engaging her rational, creative, and problem-solving capabilities, giving her invaluable experience to navigate everything the world has to offer her.