Log in with different email
For more assistance contact customer service
Outside the Classroom
Cultural Diversity
Going Global: Making Your Child a Citizen of the World

Going Global: Making Your Child a Citizen of the World 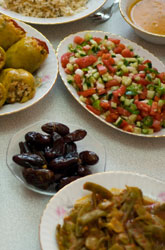 Kids today live in a global community, where technologies bring cultures together and communication is swift and frequent from one side of the world to the other. In this 21st century world, parents can do more than ever to promote global citizenship and open their child's eyes to the people and places beyond America, and unlike her own culture.

Hamish Taylor, an organizational development and strategy consultant in Dollar, Scotland, has done just that: his family lived in Japan for over seven years – where his daughter was born and his son spent the majority of his life – and then moved to the United States. “My wife and I, by chance, became citizens of the world – our kids were born into it and have known nothing else,” he says.

Research has shown that American high school students lack general knowledge about their home country and the history and government of the United States. According to the Common Core report Still At Risk: What Students Don’t Know, Even Now, 17-year-olds correctly answered only 67 percent of 33 basic history questions. And a National Geographic survey found that just 37 percent of Americans, aged 18 to 24, could find Iraq on a map, and only half could locate the state of New York.

Taylor's children’s immersion into international schools and foreign cultures is an uncommon experience, and many families  won’t have the opportunity to live abroad or may not have the time or budget to vacation in far-off places. Study abroad programs or other enrichment activities, too, may be out of reach. How, then, to introduce global awareness and thinking to your child?

If your family is unable to travel or experience foreign places in a more traditional sense, there are ways to introduce your child to the world around her. “Cultural exploration is neither difficult nor demanding – it just takes some imagination,” says Taylor.

Movies, books, museums, zoos, and libraries offer unlimited opportunities to experience the world, says Michael Szarek, the director of recruitment at the College of Saint Elizabeth in Morristown, N.J. And if you look around in your neighborhood, you may find neighbors with cultures different from you own, adds Setsuko Dalrymple, a Montessori teacher in Columbia, Md.

Depending on your child's age, what she learns from interactions with people from different cultures may vary. If your child shows discomfort when she’s introduced to something culturally new – a Dia de los Muertos festival, a milkshake with tapioca balls, a new language – it’s completely natural. Even if your child is uncomfortable, she will almost always be curious about why something is different, which indicates the budding mindset of a global citizen.

“I believe that children are intuitively citizens of the world, respecting the people they meet for who they are,” says Szarek. “They are instinctively hungry to learn about new worlds, cultures, and peoples and only learn biases as time goes on.” That said, what are ways to encourage this innate curiosity and guide your child to become a citizen of the world? Here are some tips:

Introducing the life of a global citizen is a gradual process. Hopefully, these ideas provide springboards to other ways to immerse your child in the vast, diverse world.

Next Article: International Night: Activities for the Home
We enable strictly necessary cookies to give you the best possible experience on Education.com.Cookie policy