Help for Autism Treatment on the Horizon 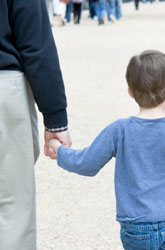 Collect This Article
5.0 based on 2 ratings
by Education.com

On April 2, the Autism Treatment Acceleration Act (ATAA), a bill originally drafted several years ago by then-Senator Obama, was introduced into the Senate by Senator Richard Durbin. The bill represents a landmark moment for the autism community, which includes more than 1.5 million Americans who suffer from the disorders.

The ATAA is comprehensive federal legislation that includes twelve sections, or programs, for autism. “We think provision number 12 is going to have the most impact,” says Rebecca Shaffer Stelzner, Advocacy Communications Manager for Autism Speaks, the autism science and advocacy organization that worked closely with Senator Durbin on the legislation. Section 12 contains the provisions for insurance reform, which would dramatically change the financial impact on individuals with ASD and their families.

Currently, many insurance companies will not cover services associated with autism, leaving parents paying upwards of $50,000 a year for services. “It’s heartbreaking for parents to have to decide, ‘Well, I can put food on my table, or I can help my child live a happy and fulfilling life,’” Shaffer Stelzner says. “These parents have been told by their doctors that their child needs these services.”

The services required by children on the spectrum range from speech and occupational therapy to Applied Behavioral Therapy (ABA), which is one-on-one intensive therapy for up to 40 hours/week. “ABA is most effective when it’s given as early as possible,” Shaffer Stelzner says. “If some of the kids are caught early enough, they won’t need to be in a special classroom. They can be in the mainstream classroom.”

Insurance reform legislation has been introduced in twenty-six states across the county, and it has already passed in nine states, in New Mexico most recently. The ATAA legislation brings this reform to a federal level.

Peter Gerhardt, President and Chair of the Scientific Council for the Organization for Autism Research (OAR), is pleased that the ATAA bill focuses heavily on services and interventions. “While research and looking into the cause is important, we can’t forget those people who are living with autism today,” Gerhardt says. “How do we afford these individuals the opportunities to have a life that is fulfilling, so they can live to their greatest potential?” Gerhardt says the ATAA bill addresses this question.

What else does the bill address? Here’s an overview of the programs included in the ATAA legislation:

Michael Maloney, Executive Director of OAR, is hopeful about the provision for the adult services demonstration project. “A lot of people are coming to realize that we need to answer the question of what we do when the child with autism becomes an adult,” Maloney says. “This is the first piece of legislation that focuses on the needs of adults when they come of age or when their parents pass away.”

What does it look like now for children on the spectrum reaching adulthood? “It’s sort of like falling off a cliff,” says Gerhardt. “Up until the age of 21, for many kids on the spectrum, they have a federal entitlement to access a free and appropriate education. After age 21, there’s no similar guarantee of services. It’s sort of like driving 60 miles an hour for 20 years and then slamming on the breaks.”

Gerhardt explains that the legislation for the adult services demonstration project would ensure that individuals on the spectrum continue to learn into adulthood. “The point is that with the necessary services, these individuals can be productive employees and good neighbors,” Gerhardt says. “They can be valued and valuable members of the community.”

The ATAA bill is still in an early stage of its life in Senate. You can follow the bill's progress on Govtrack.us.