How to Find Help for Your Struggling Teen 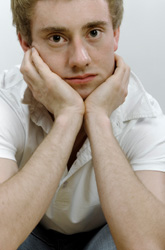 Let’s face it: the teenage years are a difficult time, as adolescents try to figure out who they are, who their friends are, and where their place is in the world. Many teens experience depression, family conflicts, or feelings of isolation. For some teens, these struggles go beyond normal development, greatly affecting their ability to function, and may lead to life-threatening behaviors and activities.

Frederic Reamer, Ph.D., and Deborah Siegel, Ph.D., have spent their careers identifying the right kinds of help for struggling teens. The husband-wife team are professors at the School of Social Work at Rhode Island College. They are also the authors of a guide for parents and professionals called Finding Help for Struggling Teens and their new book, Teens in Crisis: How the Industry Serving Struggling Teens Helps and Hurts Our Kids will be out this October.

Siegel and Reamer say it’s important for parents to first assess if their teen is going through the typical roller coaster of normal development, or whether she’s experiencing something more serious. How do you tell if your teen is struggling? Reamer and Siegel say to watch for these common warning signs:

Isolation and withdrawal: Teens may feel alone and alienated, unable to connect with any safe adult. They crave friendships but feel too demoralized and fearful to reach out to others or respond to friendly overtures.

School failure and truancy: Some teens who were strong students in elementary school may become discouraged and alienated from academics in middle school or high school. Other teens have difficulty in school their entire lives because of learning disabilities, mental health issues, difficult home lives, or hostile school environments.

Defiance toward authority: Many struggling teens refuse to obey rules laid down by parents, teachers, the police and other authority figures.

Running away from home: Teens may run away from home to escape conflict with their parents, assert their independence, avoid the consequences of breaking rules, or flee their own distressing emotions.

Choosing the “wrong” friends: How do you know if your child is hanging out with the wrong friends? While teens can throw lots of camouflage over their activities, here are some red flags for parents to look for:

Abusing alcohol and drugs: “We would never condone a kid experimenting with marijuana or drinking beers,” says Reamer, “But what we’re really talking about here are kids who develop chronic and persistent substance abuse.”

Self-injury: Mental health professionals generally agree that teens who try to hurt themselves by cutting, burning, branding, bruising or other methods are doing so in an effort to cope with emotional pain.

Making decisions based on your teen’s specific issues is a difficult task for parents, in part because of the feelings of confusion and blame many parents experience. “Somehow there’s an implication that if the kid is struggling the parents must have done a poor job,” Reamer says. “There is a common tendency to isolate oneself, and as a result parents don’t get the kind of support that is so vitally important.”

Reamer suggests that parents connect with other parents who are having similar experiences through support groups in their area. “Not only can support groups offer help on the emotional side, but they also are a great conduit for practical information,” he says. This is especially important, says Reamer, because of the overwhelming amount of conflicting advice out there on how to raise struggling teens.

One point of confusion for parents is figuring out which of a long list of programs is right for their child. Programs range from short-term crisis intervention to long-term solutions, from special learning plans in a traditional high school setting, to residential treatment centers that focus on a teen’s psychiatric and emotional needs. If possible, Reamer and Siegel suggest parents enroll their children in community-based programs, so that they can stay in school and maintain important ties to friends and family. “Many communities have highly structured mentoring programs and support groups. The parent needs to find a good social worker, psychologist or counselor who lives and breathes your local resources,” Reamer says.

Educational consultants and parents will have to examine these schools and programs in detail together. Reamer and Siegel suggest that parents ask the following questions:

Choosing the right program is one challenge. Explaining to your child that it’s a good idea is another. Siegel suggests sitting down with your child and explaining it this way: “Clearly our family is having a hard time getting along. You’re frustrated, we’re frustrated. We all have a part to play. Together we all need help and we’re going to see someone who does that for families.”

And then there’s the whole issue of how to pay for these often costly programs and services. An educational consultant costs several thousand dollars, nonresidential programs are about $2,500 to $3,000 a month, while schools and programs that offer 24/7 services can run between $5,000 and $13,000 a month. Reamer says a number of insurance companies cover a significant portion of that because these are considered mental health programs. “Parents have to be assertive about approaching insurance companies, and they should know there are precedents for this kind of coverage,” he says.

But, Reamer and Siegel say it’s money well spent in the long run, because a good program can take a child who’s spinning out of control and put her on track towards normal development. “When done right, you can save lives,” Reamer says.

Next Article: Distraction Techniques and Alternative Coping Strategies
We enable strictly necessary cookies to give you the best possible experience on Education.com.Cookie policy