How a 5th Grader Thinks 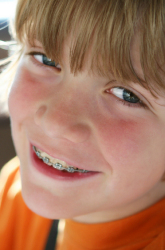 Now that your child’s a big cheese at elementary school, it’s easy to see how much he's grown mentally. It can be challenging to determine what a ten or eleven-year-old fifth grader can understand and what's beyond his comprehension. He may look like a preteen, but there's still some little kid just under the surface.

Jean Piaget, the psychologist credited with forming the theory of cognitive development in the late 1920s, created a list of mental yardsticks for children of varying ages. Here's what Piaget had to say about kids of this age:

Fifth grade is a heady year, with middle school looming on the horizon. Although your child looks like a giant, compared to the younger set at his school, don't forget that he's still a work-in-progress. Use Piaget's theory as a starting point. And then enjoy watching your child rise to meet the challenges and eventually sail past them. Just make sure that whatever pace he sets, you're cheering along the way!