How a 2nd Grader Thinks 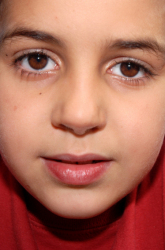 Your second grader has figured out the ins and outs of elementary school, but even though he’s practically a school pro he’s still developing mentally. What are second graders capable of understanding? Jean Piaget, the psychologist credited with forming the theory of cognitive development in the late 1920s, created a list of the mental limitations for each age group. Here's what he said second graders were capable of comprehending:

Download Article
Next Article: 9 Ways to Get Kids to Love Vegetables
We enable strictly necessary cookies to give you the best possible experience on Education.com.Cookie policy