How a 3rd Grader Thinks 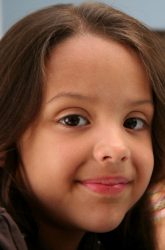 When your child hits third grade, homework kicks in in earnest. Despite the increase in workload, your child still has a lot of growing up to do. You can help her make the transition, by understanding what she is and is not capable of absorbing.

Jean Piaget, the psychologist credited with forming the theory of cognitive development in the late 1920s, created a list of mental limitations for a variety of age groups. Here's what third graders are capable of understanding, according to Piaget:

Of course, every child is different, but Piaget's list offers a set of general touchstones. Use it to set appropriate expectations. And then revel in the bumps and blips, the surges and false starts, as your child finds her own way.