How to Talk to Your 3rd Grader 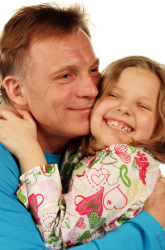 “I won’t forget to give it to the teacher.”

“I won’t say that word again.”

Sound familiar? Each of these statements came out of a third grader's mouth, in response to a parent’s request. Unfortunately, children seem to forget these promises in a minute. But there's hope! Each statement represents a child’s honest desire to change.

So, don't just let your child say he'll change, help him change! Talk to your child when he says he wants to adjust his behavior. Encourage positive actions by having children think about and articulate alternatives. Ask your third-grader, “What will you do?” This question moves children’s thinking from what they will not do (hitting, forgetting) to what they will do instead (walk away, write reminders in a small notebook).

“What will you do?” encourages your child to create a plan of action that focuses on the positive. By stating that plan aloud, his commitment is strengthened and he's more likely to put his plan into action. Next time he's annoyed with his brother and he wants to hit him, your child will remember talking about other options that would make his parents proud.

“What will you do?” is also a helpful question to ask yourself. Put yourself in your child's sneakers and think about alternatives of his behalf. By having a few ideas ready if he says, “I don't know” you can keep the conversation going. The more you talk it out, the greater the chances make better choices next time.

“I won’t hit him anymore” or “I won’t forget to give it to the teacher” are easy answers that children feed parents to get themselves off the hook. But “What will you do?” makes them pause and think about better behaviors for the future.

Chick Moorman is the author of "Parent Talk: How To Talk To Your Child In Language That Builds Self-Esteem and Encourages Responsibility" and the co-author of "The 10 Commitments: Parenting with Purpose."

Next Article: Alternatives to "No!"
We enable strictly necessary cookies to give you the best possible experience on Education.com.Cookie policy