Log in with different email
For more assistance contact customer service
Outside the Classroom
Teaching Learning and Innovation Skills
Can Innovation be Taught?

Can Innovation be Taught? 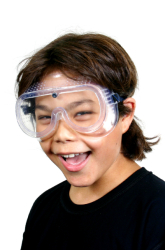 Does your child believe that new inventions can solve the environmental and social challenges of the future? Maybe. But does she think she's the one to do the job?

Watching your child gush about Hannah Montana or obsess over the latest teen trends, you might expect the answer to be “no.” And with all the talk of global competitors overtaking the United States in science and innovation, it may seem like young inventors are hard to come by on the local front. But according to the 2008 Lemelson-MIT Invention Index, a gauge of the nation's perspectives on inventiveness and innovation, teens are optimistic about their ability to invent solutions to the world's problems.

“What we found is that teens are highly optimistic about the power of invention,” says Josh Schuler, Executive Director of the Lemelson-MIT program, which aims, among other things, to encourage young people to embrace creative thinking through invention. “They know that they need to be and want to be part of the solution.”

Nearly three out of four teens surveyed believe that technological or scientific innovations could solve tomorrow's environmental problems, with 64 percent reporting that they were confident they could be the inventors of the future. But a whopping 59 percent of teens didn't think that their high school was preparing them to do the job, saying that they feel inadequately prepared for careers in technology and engineering.

What do those numbers really mean? Well, for starters, most teens actually want to be part of the solution. But they're just not feeling prepared to be the best and brightest inventors of tomorrow. The problem? “Schools need more hands-on experiential based learning,” says Schuler, noting that things like science projects, collaboration, and experimentation are in short supply. And when kids don't feel free to experiment, they focus on getting things “right” the first time around.

“A lot of time there's so much pressure put on kids to have the right answer and do the right thing,” says Michele Setzer, Project Development Director of Invent Now Kids, a nonprofit organization whose mission is to celebrate and foster the spirit and practice of invention. “With inquiry-based learning, the playing field is leveled, because everyone can have a different approach,” she says.

But what about those kids who feel capable of inventing, even though they're not prepared at school? Schuler says that these students are most likely earning their inventor's chops elsewhere, either through an afterschool activity, strong role model, or parental support. So just what can you do to support your child's spirit of invention outside the classroom?

The most important thing to remember, says Shuler, is that anyone can be an inventor. All they need is a climate of curiosity and creativity to make it happen. “If you instill those learning techniques or qualities in a child from an early age it becomes almost innate through their learning process, and gives them more confidence,” says Setzer, who says that providing them an environment to experiment is key. So get inventive about finding opportunities for your child, and chances are, she will too. Who knows? She just might save the world.

Next Article: Outer Space Activities - At Home!
We enable strictly necessary cookies to give you the best possible experience on Education.com.Cookie policy