Log in with different email
For more assistance contact customer service
Kindergarten
Your Six Greatest Worries About Kindergarten, and What to Do About Them

Your Six Greatest Worries About Kindergarten, and What to Do About Them 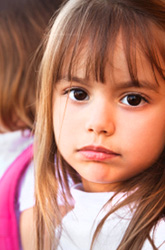 Whether you’re waking up in the middle of the night or just feeling on edge, worries can eat at you—especially when you’re facing big new steps, like having your child start out in the world of "real" school. Kindergarten is a big adjustment ... for kids and for parents.

Kids are usually pretty good at sharing their worries, such as where the bathroom is, what cubbies are for, and if the teacher is nice. Teachers spend the first few weeks of school addressing these rookie jitters, but you may have some Major League anxieties of your own about what could go wrong in kindergarten.

Here are some answers to six questions kindergarten teachers hear a lot.

Reading: Some kids are already reading. Is my child hopelessly behind?

“No parent should be nervous about reading in November,” says Debra Redlo Wing, 30-year teacher and coauthor of Welcome to Kindergarten: a Month by Month Guide for Teaching and Learning. Thanks to today’s academic preschools, some children may arrive in kindergarten able to read, but teachers don’t require or even expect it.

In the early months of kindergarten, they want kids to practice writing their own name, identifying letters and matching them to sounds. They want kids to start understanding “concepts of print,” like our method of reading from left to right on a page and from front to back in a book, and the idea that every spoken word has a written version, too. With today’s precocious readers, teachers worry about “reading robots”— kids who can “read” but don’t really understand and who fall behind later.

What should you do to help? Go ahead and have fun with all the letters and sounds, practice writing names, and most of all, enjoy those books! Read aloud as often as possible. Savor the pictures, and talk, talk, talk. "Who is that character?" "What is she feeling?" "What do you think will happen next?" Independent reading is just around the corner for your child. What you’re doing now is ensuring that the encounter will be richly satisfying now and for years to come.

Writing: My kid writes b for d and d for b all the time. Is this dyslexia?

Lots and lots of kindergarteners—and first graders—do this, and don’t be surprised if they mix p and q or write a backward s while they’re at it. That’s because in kindergarten they are just beginning to develop thefine motor skills they need, as well as the visual and perceptual skills, to form consistent letters. Mix-ups are all part of the experimental process.

Is this dyslexia? Most likely not. Dyslexia is a “brain-based learning disability in which people have difficulty associating sounds with letters,” says Linda Selvin, executive director of the New York branch of the International Dyslexia Association. While some dyslexic people may reverse letters—even into adulthood—the real signs of the disorder are much broader. Eileen Marzola, PhD., reading specialist and past board president of the International Dyslexia Association, says you should only look further into the situation if, after a year of appropriate instruction, your child can’t do most of the following:

For now, if your kid writes “bot” for “dot,” your best bet is to relax.

More writing: Markers? Pens? My kid hates that stuff and gets tired in about five minutes. I know that fine motor work is important in kindergarten. What should I do?

Sandra Schefkind, pediatric coordinator for the American Occupational Therapy Association, agrees. “Some children are scribbling on paper at twelve months, but typically, a five- or six-year-old is just learning to copy a triangle or write her name,” she says. “What we forget is how many skills it takes to be able to manipulate a pencil or scissors.”

Break down a task into parts, and allow your child to conquer one part at a time. Sitting straight, without swinging feet or draping body over the table? A crucial first step! Holding a fat pen? Some children may work better with a smaller pencil. Break up the intervals with gross motor activities like running around or swinging.

Above all, she advises, look for progress, not perfection. “Concentrate on what the child can do.” With steady, constructive encouragement, those fine motor skills usually come along just fine. And if your child still struggles by the end of the year, there are professionals who can help, Schefkind says. First grade is not too late to keep working on these skills.

Math: I saw state standards that said kids would start addition in kindergarten, but my kid’s just getting comfortable with counting from 1 to 20. Are we behind already?

Absolutely not, says Constance Leuenberger, teacher and author of The New Kindergarten. Rote counting is never a goal in elementary math. “We want kids to recognize what a number means, that it represents real things,” Leuenberger says. So kindergarten fall curriculum works extensively on recognizing “one-to-one” correspondence—how the number five, for example, shows five gummy bears.

“Forward and backward counting is also really important,” she says, so that students understand that numbers appear in clear sequence. Leuenberger urges parents not to skip this phase of conceptual learning. Count at home as often as possible. This is a crucial time for children’s math understanding, as their grasp of numbers becomes intuitive and automatic, and it makes for fast learning later. Remember that if your child is moving steadily along, she’s right on track.

Focus: The teacher wants everyone on the rug for story time, but my kid only wants to pet the guinea pig and build blocks. Does my child have an Attention Deficit Disorder?

ADD and ADHD may seem like an epidemic. But if your kindergartener comes home saying he’d rather not sit for rug time, don’t rush to dire conclusions! Chances are that this is just an example of “RLKB”—Regular Little Kid Behavior.

Does that mean the child can’t do kindergarten? Not at all, says Middendorf. First, you need realistic expectations. “A half hour of sitting still is too long at this age,” she says. “For a typically developing child in the first three to four months of kindergarten, 10 to 15 minutes of listening to a story is reasonable, provided that the book is at their level and read well.” Second, parents can help by maintaining predictable routines at home. It’s soothing to be able to say, “I know what I’m going to do.”

The three “cardinal features” of attention deficit disorder are hyperactivity, impulsivity and distractibility, says Andrew Adesman, chief of developmental and behavioral pediatrics at Schneider Children’s Hospital in New Hyde Park, New York. He says that to quality for an ADD or ADHD diagnosis, a child must display ongoing symptoms in multiple settings (such as home and preschool). “These behaviors must be interfering with the child’s functioning—either educationally or socially,” he says.

Furthermore, specialists must determine that these behaviors are not due to any other underlying cause, such as a learning disability or emotional disturbance. So if you’re in the first months of kindergarten and your child rolls over and wiggles when it’s circle time, hang in there. In all likelihood, Middendorf says, “the message is, ‘I am a five-year-old kid and I’m not ready for this yet.’” In due time, readiness will come.

Speech and Language: My child still does “baby talk” r’s and l’s. Is this a speech defect?

“Having problems with a maximum of three of these sounds is normal for the age,” says Simalee Smith-Stubblefield, associate professor of speech-language pathology at University of the Pacific. If your child shows problems with more than three of these sounds, however, or if she has a “speech distortion” such as a lisp, your teacher may recommend a specialist. Quite a few kids receive this special help in kindergarten, only to “graduate” within a few months.

Want to help at home? Practice alliteration—identifying lots of words whose first sound is one that your child is struggling with: rocket, say, followed by rabbit, rock and river. Or slow words down, and have your child repeat them exactly. You can also use word pairs such as “this” and “fish,” which could sound the same if we didn’t pronounce their sounds just right.

Don’t hesitate to make all this goofy and fun. You want your child to associate speech learning with good feelings, not ones of failure or frustration.

Still wondering about any of these questions? Unfortunately, none of them is as simple as “Where’s my cubby?” Children come to kindergarten with such a wide range of experience and temperament. Even a few months in age can make an enormous difference. Stay in close touch with your teacher, share your observations, and give it time. If your child does turn out to have an underlying condition, you will have the best data possible to figure out how to help. But remember, as Middendorf says, “The diagnosis is usually just, ‘I’m young. I’m a little kid.’”

Next Article: Get Set for School With These Kindergarten Books!
We enable strictly necessary cookies to give you the best possible experience on Education.com.Cookie policy