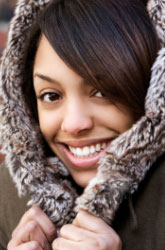 It's no secret that impressive grades, glowing recommendations, and above-average test scores are essential components of a successful college application. But increasingly, these basics don't seem to be enough. With the college admissions process becoming more and more competitive, some students are using an arsenal of unique tactics to get themselves noticed. College applicants have been known to tuck cartoons, poems, videos, and even boxes of baked goods into the packages they send out to schools. One high school senior got her into her top choice of school last year—Connecticut's Trinity College—by waxing lyrical about her love of milk. Yes, milk.

The bad news is that a ploy that seems witty to a teenager will likely seem trite to an experienced admissions officer. Sending in a shoe to help a student get "one foot in the door" is old hat. So is attaching a balloon to an essay to make it "rise to the top of the pile." And according to Scott Ham, the former Admissions Dean of Northwestern University, if your child is thinking about turning her essay into jigsaw puzzle pieces that a reviewer has to put together—well, she's not the only one. Ham, one of ten former admissions officers who writes freely about his experiences in a book titled "The New Rules of College Admissions," also remembers several essays that arrived written in backwards letters, accompanied by a mirror. None of these students, explains Ham, got in.

While gimmicks can occasionally be charming, it's more common for them to backfire. Here are three more effective steps you and your child can take to make colleges sit up and take notice.

Employ Sincerity, Not Stunts Peter Van Buskirk is the founder of the website "The Admissions Game" and the former dean of admissions at Franklin Marshall college. He's made it his mission to help kids and their parents navigate the sometimes baffling college application process. One of Van Buskirk's key words for students is authenticity. The best essays he encountered as an admissions officer, he says, were those that made him feel he could "connect to the student." In other words, having a strong voice that shines through in a personal statement matters as much as polished prose or an impressive vocabulary. While parents can offer advice, Van Buskirk cautions that the writing "must be owned by the student," and that an application "can go awry when a parent goes overboard."

Feel free to help brainstorm unique or unusual experiences and accomplishments—then step out of the way. Let your teenager figure out the best way to demonstrate his or her personality in writing.

Passion Counts "Colleges don't want 500 kids who look the same, act the same, and think the same," says Van Buskirk. They're looking for freshmen who will enrich their communities in diverse ways. That's why "if a student has a talent, they need to reveal that talent." A violinist who spends 20 hours a week practicing should include a CD of her performances. A budding artist should send along a carefully edited slide collection showcasing his work. Even if your child doesn't intend to choose a major that's specific to their talent, Van Buskirk says these pieces of evidence are still relevant to colleges. They demonstrate the kind of passion admissions officers want to see in their incoming class.

One thing Van Buskirk does caution against sending in is a resume. Many admissions officers, he says, "regard the resume as redundant and will dismiss it." Instead, they want to see how students use the space on the application form itself to showcase their accomplishments.

Show Them You're Serious Don't forget that the application process is risky for schools, too. To fill the spots in their freshman class, every college needs to focus on applicants who will accept its offers of admission. As a result, says Van Buskirk, "demonstrated interest is a factor." His advice for students is to make as many documented contacts with colleges as possible. If an admissions representative visits your child's school, for instance, remind him or her to fill out an information card. That simple step will open up a file at the college with your child's  name on it. A student can also indicate interest by sending a short email to the college representative who recruits at their school, asking a specific question about the university's offerings or its application process. Most importantly, says Van Buskirk, students "absolutely need to visit campuses," go to the admissions office, and—again—fill out an information card that shows they were there. While students are visiting, Van Buskirk also encourages them to ask for an interview. "Nobody's ever died from an interview," he says—and requesting one is another way for an applicant to impress upon a school that they're serious about attending.

In  the end, says Van Burskirk, "it is a competition, and you can take lessons from competition that apply to the admissions process."

Next Article: Making College Accessible to Everyone
We enable strictly necessary cookies to give you the best possible experience on Education.com.Cookie policy