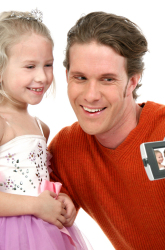 With all the recent innovations in computers and camcorders, parents feel more pressured than ever to capture every moment on film and to make home movies that rival Hollywood productions. These days, though, you don’t have to be Steven Spielberg to create home movies that earn two thumbs up.

There are a number of websites and magazines that will help you select the right equipment for your family. In addition to the camera itself, you’ll want to stock up on extra batteries and tapes. Consider a tripod if you plan to film school plays and soccer games; otherwise, the image will wobble (and your hands will get awfully stiff!). Once you have the camcorder, take time to read the instructions and practice using the zoom, pause button, and backlight; it’s tempting to learn as you go but disappointing to get home and realize your film is unwatchable. Once you’ve mastered the basics, it’s on to style: