Mastering the Art of Learning 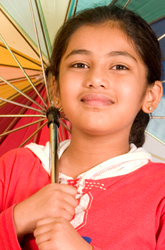 All parents would like to inspire in their children a love of learning. They undoubtedly want to help them find passionate interests, and develop the drive to reach high levels of achievement in those interests. The question is how?

Josh Waitzkin could put a tick next to all those boxes by the age of nine when he won his first National Chess Championship. After the release of the film based on his life, Searching for Bobby Fisher, the media frenzy and pressure to perform, in combination with a new coach, drastically altered his chess career. He drifted away from competitive chess in search of other pursuits, and since then has reached high achievement in the martial arts, becoming a master of Tai Chi Chuan and earning the title of World Champion.

In his book, The Art of Learning, Waitzkin maps out the factors that have lead to his success starting as a young child:

What happens when your child comes home with an A on his math test? Most likely he gets praise, but it's the quality of that praise that matters, says Waitzkin. It's important to compliment your child on the work that was done to get the A, rather than the grade itself. It's the difference between saying “Wow, you're smart in math!” and saying “I'm so proud of how hard you worked.”

The psychology behind this goes back to two central theories of intelligence. The entity theory of intelligence says that success or failure is wrapped up in ability. Entity learners are more prone to quit, having developed a learned helplessness from years of thinking in the black and white frame of, “I'm smart at math, but I'm bad at English.” Waitzkin says a focus on results can also lead to a fear of failure which often cultivates an “I don't care attitude” among entity learners. If you don't care, then failure doesn't matter, right? The incremental theory of intelligence says that success is directly related to effort, which suggests that learning happens in stages. This way of thinking allows kids to be master-oriented, not results oriented. And when that happens, anything is possible. “Whenever you see someone fail or succeed, talk about the process, the mistakes that got them to that place,” Waitzkin says. “Have everything focus on the journey.”

Waitzkin suggests that parents discuss this process-focused language with their child's teacher. Otherwise, you'll have “two steps forward in one setting and two steps back in another,” he says.

Once kids learn to be at peace with failures, they can then learn to use their imperfections to their advantage when faced with adversity. “Investment in loss is giving yourself to the learning process,” Waitzkin says. He uses an example from his young chess career, when dirty-handed opponents would get him angry and throw him off his game. “Instead of stifling myself, I needed to channel my mood into heightened focus,” Waitzkin says.

As Waitzkin can testify, "perfect" is a dangerous word. “It's so liberating for kids to know they're allowed to be imperfect,” he says. How do you communicate that to your child? Show them your own vulnerability. “If parents show they've made mistakes, kids feel okay making mistakes.” It doesn't mean that those mistakes don't matter, but recognizing them is the first step towards learning from them.

In The Art of Learning, Waitzkin describes a student he knows named Danny who falls in love with chess and begins to compete. His mother gets caught up in the exciting atmosphere of these chess tournaments. “She finds her own sense of well-being fluctuating with Danny's wins and losses,” Waitzkin says. “...When Danny loses, she want to tell him it doesn't matter. But obviously it does matter. He lost and is sad. To tell him it doesn't matter is almost to insult his intelligence. What should she do?”

If Danny loses, empathy is a good place to start, Waitzkin says—that means hugs, a shoulder to cry on, and praise for his hard work . “She can tell Danny that it is okay to be sad, that she understands and that she loves him. Disappointment is a part of the road to greatness. When a few moments pass, in a quiet voice, she can ask Danny if he knows what happened in the game... Did he lose his concentration? Was he overconfident? Impatient?”

If Danny wins, Waitzkin says there's nothing wrong with his mom jumping up and down in jubilation, but after the initial celebration it's time to move on to the next challenge.

Waitzkin emphasizes the importance of focusing on ideas, rather than memorization of facts; the importance of falling in love with an activity, rather than following a set path to achievement. “Find what a child is naturally passionate about and do it in a way that they love (either in auditory, visual, or kinesthetic modes),” he says. “You don't want the cookie cutter mold in the learning process.”

So much of learning today involves the transfer of information, Waitzkin says, but that can really zap the passion out of learning for the sake of knowing. “Facts are really a vehicle for reaching the resonant themes which stick with us. The way we work with kids should be shifted to embrace that reality,” he says.

While it's important to raise well-rounded children, it's equally important to allow children to sink their teeth into the thing that they love, Waitzkin says. “When they have skills it's a beacon for the rest of their lives,” he says. “There's something beautiful about a child diving deeply. They learn how beautiful it feels to focus on something.”

That's why the current multi-tasking craze is so worrying to Waitzkin. He sat in on a recent lecture given by one of his former professors, and to his horror he found students on their laptops shopping for shoes, checking out their Facebook profiles, playing solitaire, among other activities. “Students defend this trend by citing their enhanced ability to multi-task. Unfortunately, the human mind cannot, in fact, multi-task without drastically reducing the quality of of our processing,” he says.

But, multitasking is just a symptom, according to Waitzkin. The root of the problem is disengagement. The fear of failure that comes with results-oriented learning, the inability to invest in loss, the lack of healthy role modeling during failure, and the cookie cutter mold of tests and grades all contribute to this disengagement from the love of learning, he argues.

If parents, teachers, and students themselves, work to develop an incremental process of learning, where one deeply studied idea or skill leads onto another, this generation of kids will have more opportunity to experience greatness.

As part of his research in this area, Waitzkin has set out a challenge for kids through his educational nonprofit, The JW Foundation: What would happen if you gave up video games for three weeks? Can you do it? How would the experience change you?

If you think that your child is a good candidate for this challenge, ask her to post her experiences through the JW Foundation Group page on Education.com so that Josh can document them for his research.

Next Article: Help Your Kids Reach Their Potential
We enable strictly necessary cookies to give you the best possible experience on Education.com.Cookie policy