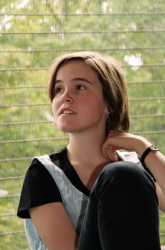 Collect This Article
4.9 based on 724 ratings
ByJill Pertler

Growth and change are an integral part of adolescence. Studies on the brain during the last decade show that it -- along with height, weight and hormones --goes through dramatic changes during the middle school years. While outward changes are easy to see, brain development goes much deeper, but it can go far in explaining how and why your child does what he does.

According to the National Institute on Mental Health (NIMH), there is a surge of production of the brain’s gray matter prior to puberty. Before this finding in 1999, it was thought that the brain overproduced gray matter only until about 18 months of age -- after which there was a steady decline as unused brain cells were discarded. We now know that the area of brain growth during adolescence centers on the frontal lobe. This is the control center for “executive functions” such as planning, impulse control and reasoning.

Laurence Steinberg, Ph.D., is a Professor of Psychology at Temple University, and author of The 10 Basic Principles of Good Parenting. He says that development of the executive functions, along with other changes during the teen years, combine to create important modifications in how the brain functions during adulthood.

During adolescence, there are changes involving the way the brain processes rewards and pleasure. “Rewarding things feel more rewarding,” explains Steinberg. “This is accompanied by an increase in attentiveness to social rewards and information.”

This can lead to risky, sensation-seeking behaviors, such as rough roller coasters, driving too fast or drug experimentation. The increased pleasure of risk taking might seem to be at odds with the development of higher-order thinking abilities. “Maturation of the brain, including the regulation of impulses, thinking ahead, planning and weighing risk and reward lead to improvements in self-regulation and can permit the individual to put the brakes on the sensation-seeking behaviors,” said Steinberg. “But they occur very gradually and are not complete until the mid-twenties.”

As this happens, the two systems – the one processing pleasure and the other regulating impulses – learn to work together. “This allows for better coordination of thinking and feeling,” explained Steinberg. “Which is important in controlling impulsive behavior or resisting peer pressure.”

This can have an big effect on how parents understand their children. “It’s important for parents to realize that teenagers may not be as good as adults in thinking ahead, envisioning the future consequences of their actions, resisting pressure from others and forgoing immediate rewards to get a bigger payoff,” Steinberg noted.

He says the best way to maintain a positive influence is to be a hands-on parent. “Stay involved, even though your teenager may not seem as though he or she wants it,” he advised. Communication is also key. “Be ready to talk – and listen – to your teenager,” he said. Finally, Steinberg says consistent rules and guidance help adolescents stay on the right track. “There is a great deal of evidence that teenagers thrive when parents and teachers are what psychologists call ‘authoritative,’ he said. “This means warm, firm and fair.”

Change is exciting, and adolescence is certainly filled with it. But just because your adolescent child is willful, reckless, and moody, doesn't mean there's no rhyme or reason to their behavior. Knowledge about brain development can help parents understand the behaviors and abilities of this age group, and work with their kids to grow together.

Next Article: Piaget's Four Stages of Cognitive Development
We enable strictly necessary cookies to give you the best possible experience on Education.com.Cookie policy