New Legislation Set to Get Kids Outside 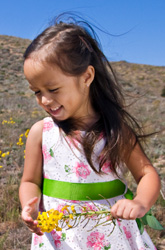 No Child Left Behind (NCLB) may have pushed outdoor and environmental education to the back burner in the name of testing, but outdoor education is pushing back. Since Richard Louv published his book, Last Child In The Woods: Saving Our Children From Nature-Deficit Disorder in 2005, environmental education has expanded. In 2006, Don Baugh, Vice President of Education with the Chesapeake Bay Foundation helped launched the No Child Left Inside (NCLI) Coalition; it’s now 400 organizations and 20 million people strong, including education and environmental groups along with health, performance, business, and recreation organizations. “We’ve hit a chord with people that care,” says Baugh, and as the issue heads to the Hill in the form of the No Child Left Inside Act, “we’ve hit a chord in Congress.”

The NCLI Act was introduced in 2007 by Congressman John Sarbanes (D-Maryland) and Senator Jack Reed (D-Rhode Island). In June, 2008, the bill passed through a House committee, and is expected to be discussed on the floor later this year. In the House the bill is attached to a piece of environmental education legislation, but in the Senate it’s added on to the up-for-reauthorization NCLB, which means that it won’t be discussed until after the Presidential election. “We’re guardedly optimistic about getting a positive vote,” says Baugh.

As the NCLI Act makes its way through Congress, states are already increasing their environmental education efforts. When Washington State offered up $1.5 million in funding for outdoor education, they received $9 million in grant applications and were only able to fund 8 percent of the projects. In New Mexico, a new outdoor classroom program connects kids with state parks. Ohio launched a summer challenge to its public school students to “Explore the Outdoors” by hiking a trail or catching a fish. And, California continues to push its Outdoor Bill of Rights, which is a list of 10 things that every child should have the opportunity to do outdoors, such as camp under the stars, explore nature, and follow a trail.

In school, environmental education is currently a supplemental topic in science class and outdoor learning experiences aren’t usually a regular part of the school day, but if the NCLI legislation is passed, states and districts will be encouraged to create environmental education plans to connect kids with nature. This is the first time that environmental and outdoor education will be addressed at the federal level, says Martin Leblanc, national youth education director for the Sierra Club. “If this legislation does pass, it will be groundbreaking.” After NCLI, instead of an every-once-in-a-while activity, environmental education will be an everyday part of kids’ school experience, says Leblanc. The ultimate goal: by the time students graduate, they’ll be able to read and write, and will have an understanding of how the environment works.

At times, it’s an uphill battle to convince administrators to get kids outdoors when schools are pressured to bring test scores up. But, learning outdoors brings a myriad of benefits, including raising science test scores. “The easiest way to understand science concepts is by experiencing them,” says LeBlanc, “and biology and chemistry happen every day outside our windows.”

The push behind NCLI is about more than testing. Learning outdoors helps kids connect to the places where they live—getting to know the trees in a local park or how the rain collects in puddles along the edges of the playground. Outdoor education is often active, and while they’re getting exercise exploring their community they’re also developing a sense of real-world confidence that they can’t get from a video game. Whatever the reason, health, academics, or environmentalism, says Baugh, “let’s make this one of the principles upon which we redesign our education system.”

For more information about the No Child Left Inside Movement, check out these resources:
No Child Left Inside Coalition
Children and Nature Network
Next Article: Current Trends in Literacy Instruction
We enable strictly necessary cookies to give you the best possible experience on Education.com.Cookie policy