Log in with different email
For more assistance contact customer service
School and Academics
Homeschool Legal Issues
Do Parents Have a Right to Homeschool?

Do Parents Have a Right to Homeschool? 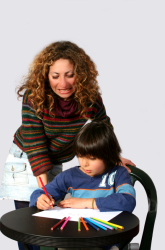 Do parents have a constitutional right to homeschool their children? Not according to a California District Court Judge, who recently ruled that a child must be schooled “by a person holding a valid state teaching credential for the grade being taught.”

What started as a Los Angeles County child welfare case involving one specific family has mushroomed into proceedings that have essentially put on trial the very nature of what constitutes a sound education. “For decades we've been happily homeschooling, and then this comes up out of the blue,” says Mary Griffith, a homeschooling parent and author of The Homeschooling Handbook and Viral Learning: Reflections on a Homeschooling Life. Griffith says California had traditionally given homeschooling parents the freedom to choose the kind of education they want for their child, asking only that they file as a private school and that the faculty be simply “capable of teaching.”

This particular family in Los Angeles had enrolled their children in a private school independent study program not in their home. In response to abuse charges against the family, the children were enrolled in public school. The parents stated they had a constitutional right to homeschool on religious grounds; that's when the court ruling was issued. However, Griffith says if the ruling ends up affecting anyone, it will mainly be those who also enroll their children in off-site homeschooling . “This won't be far-reaching for homeschooling parents.”

That's how organizations like the HomeSchool Association of California (HSC) would like to keep it, anyway, and they've hired a team of lawyers to limit the impact of the case. Griffith says the legal team for HSC is trying to establish that while this ruling may indeed by necessary for this particular family, it should not set a precedent for all. If the issue doesn't get resolved at the state-level, you may just see it wind up in the Supreme Court.

And the debate continues to rage from both sides. There are some in the field of education calling for a mandate requiring all California homeschooled children to be tested and evaluated by the same techniques as their public school educated peers. That's a problem, say homeschool educators, who don't believe the public school system is the ideal by which all other methods of education should be measured.

As far as Griffith is concerned, all this legal rambling about homeschooling is a mute point. “There will be some families that are abusive and you look at their curriculum and go “yuck”, but you can get that in public schools, too,” she says. “You can't base a law on the worst case scenario.”

What does this case really mean for homeschooling families nationwide? According to Darren A. Jones, staff attorney with the Home School Legal Defense Association (HSLDA) this decision is certain to affect homeschooling on a national scale. Jones asserts that it is common for state courts to look to other states’ rulings for assistance in deciding issues where no precedent exists. “A poor legal decision in California could become part of a trend across the nation.”

Griffith is not so convinced: “I think this case is a complete fluke,” she says. The jury is still out on that one. In the meantime, the HomeSchool Association of California suggests parents make contact with their local homeschooling community and stay informed.

For more information on homeschooling see:

So You've Decided to Homeschool...What Now? by Johanna Sorrentino

Next Article: This Just In...Homeschooling is Legal!
We enable strictly necessary cookies to give you the best possible experience on Education.com.Cookie policy