Log in with different email
For more assistance contact customer service
School and Academics
College Application Materials
Pick Me! Getting the Attention of College Admissions' Offices

Pick Me! Getting the Attention of College Admissions' Offices 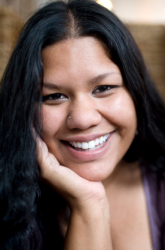 From thousands of applicants to single-digit acceptance rates, the numbers involved in today’s college admissions process are daunting to say the least. Confronting these realities, it’s understandable why many high school seniors feel overwhelmed and anonymous. But before your child buries her head in the sand, rest assured: there are many ways to capture the attention of the admissions office.

Despite the urban legends involving homemade baked goods and wacky demonstrations of school spirit, when it comes to standing out from the crowd these days, admissions counselors consistently emphasize the value of the basic, required application. “The single most important part of a student’s file is the application itself,” says Ross Aikins, a former admissions counselor at the University of Southern California. That means good writing, but according to Paul Marthers, Dean of Admission at Reed College, it also means a passion for ideas and creativity.

Indeed, the various components of the application – the essay, the short answer questions, the optional supplements – provide a number of different opportunities to showcase a student’s individuality. “One of the most memorable essays I read was very well-written and responded directly to the prompt – two key factors in its success,” Aikins recalls. “The topic was the peanut butter sandwich. The student explained how he had respect for the peanut butter and jelly sandwich, but argued that jelly had no place in his sandwich.”

Of course, humor is not the best essay option for everyone; while some students have a natural, lighthearted written voice, others are more comfortable with a more serious tone. Marthers spoke highly of an articulate, reflective, and mature piece about a student’s first kiss. As with humor, difficult topics should be addressed with care and should not be used as an excuse. “There is a real tendency to go to [students’] hardships and tragedies,” Aikins says. “But that doesn’t make up for lack of preparation.” And, while these topics can be risky, he says they can also raise red flags for the admissions officers. “Abuse, eating disorders, drug rehab – there comes a point where I am concerned about the student’s health and ability to handle the pressures of college,” he says.

In addition to the essay, many applications also feature short answer questions. Although these sections are often less formal, they are another great way to stand out – for better or worse. First and foremost, Aikins cautions against treating them too casually. Avoid four letter words, for example, and be sure to carefully proofread everything, even the popular culture references. “I’ve seen ‘Don’t worry, be happy’ attributed to Bob Marley” Aikins notes (the original quote belongs to Bobby McFerrin.) He says while it's rare to deny an applicant based on these sorts of errors, “it detracts from the overall application. And if he or she is a journalism major, it raises questions about his or her ability to fact-check and spell-check.”

Last, but not least, when it comes to supplemental material, stick to the traditional value-adders, such as art portfolios and music samples. These documents not only capture unique aspects of an individual, they also convey mature sensibility. Steer clear of otherwise-empty demonstrations of school spirit or pure self-advertisement. Referencing several nationally famous applicant stunts involving sandwich boards, bullhorns, and the like, Marthers recommends staying away from “things that are over the top, or approaches that have become commonplace, such as pasting your face in photos in our view book.”

Indeed, although it can be hard to count on one’s strengths and individual merits as a means of standing out from the crowd, admissions counselors consistently reiterate that authenticity and genuine passion are the best ways to truly distinguish oneself. And then there are the urban legends: “A wait-listed applicant baked the office a cake,” Marthers recounts. “She got in—on her own merits, but the demonstration of interest didn't hurt. The cake was good, too.”

Next Article: College Applications - Simplified!
We enable strictly necessary cookies to give you the best possible experience on Education.com.Cookie policy