Log in with different email
For more assistance contact customer service
School and Academics
Private School
The Post-Graduate Year: What's it all About?

The Post-Graduate Year: What's it all About? 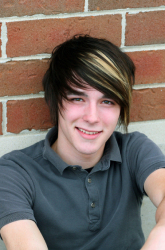 Your child’s finishing up senior year, looking forward to prom, graduation, and…one more year of high school? “No one plans on doing a post-graduate year,” admits Lisa Antell, Director of Marketing and Communications at Bridgton Academy, the only exclusively post-graduate program in the United States. Nevertheless, for some kids, the benefits can be major.

A number of private schools offer post-graduate programs for students who, although they’ve successfully graduated from high school, simply aren’t ready for college – at least not the college they’d like to attend. While many kids used to do a pg year with the hope of polishing their resumes and taking another shot at admission to the Ivy League, that may not be realistic in today’s super-competitive admissions game. “One semester isn’t going to overcome four years of mediocrity,” says Antell, pointing out that most college applications are due early in the year, giving students little chance to show an improved transcript.

What the post-graduate year does provide is ample time to hone study skills, mature emotionally, and define goals. The typical pg year takes place at a boarding school, allowing students a transition year with the independence of college living and the structure of a small, attentive high school. “The number one result is confidence, just incredible confidence,” says Antell. At a time when up to 50% of US college students drop out before graduation and the average time spent in college is almost six years, the extra investment up front can seem like a bargain.

Of course, for some students the benefits are more physical. Many pg students are athletes who have been told by college recruiters to take an extra year to grow, practice, and polish their transcripts before reapplying to a specific program. Others simply need time to mature. Since boys typically mature later than girls, 86% of pg students are male. Financial aid is available.

“It takes a lot of courage to do a pg year when all your friends are going to college,” says Antell. “It has to be something the student wants to do.” So if your child tells you that after senior spring he’s heading back to high school, don’t panic; it may be the best decision he’s ever made.

Next Article: The Single-Gender Classroom
We enable strictly necessary cookies to give you the best possible experience on Education.com.Cookie policy